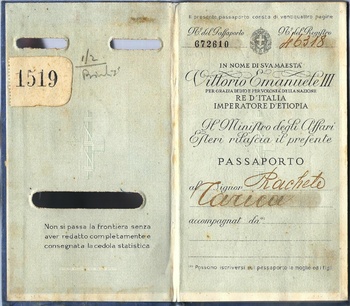 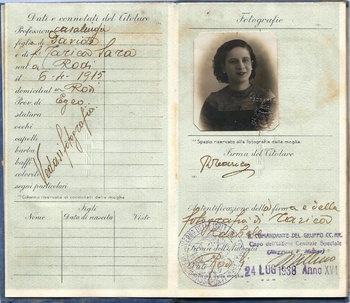 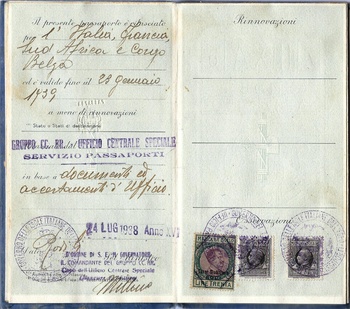 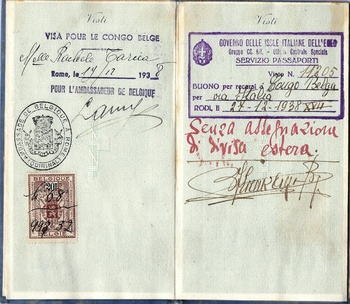 Passport issued to a Jewish young women from the Island of Rhodes in 1938 (It was issued by the head of the Central Office of the Special Police of Rhodes Reali, Lt. Col. Ferdinand Mittino). She immigrated in 1939 to Cape Town and thus avoided the German occupation that came later during the war, an occupation that decimated the Jewish community of the island. 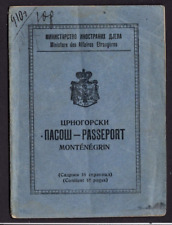 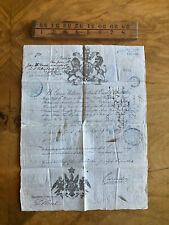