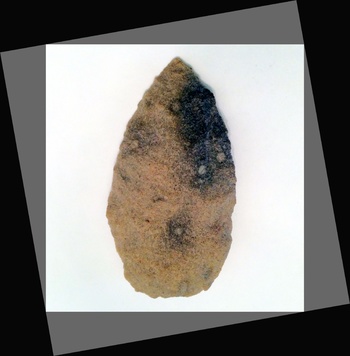 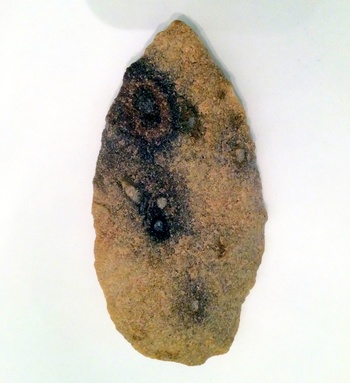 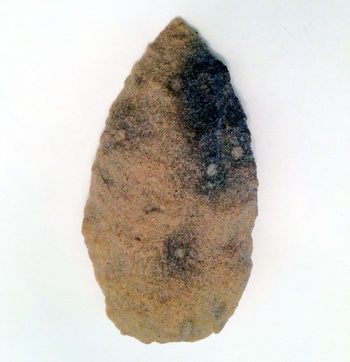 The Appalachian culture flourished in the Eastern United States during the late archaic period from 4500-3500 BP. Most of their projectile points were rather crudely made stemmed points that were made from quartzite and other common local materials. They are closely related to the more fnely made Savannah River points. I have a couple of examples of the stemmed points in my collection which I will post at a later date. They were purchased in a group along with this celt, and come from the area of Virginia/West Virginia/Pennsylvania.