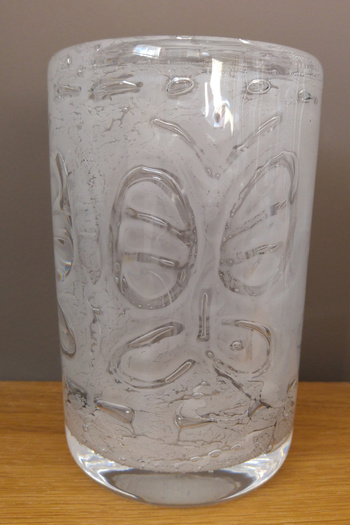 Designed in 1960 the Thalatta technique was Bengt Edenfalk's version of Orrefors Ariel Technique. Edenfalk went straight Skruf after graduating from University College of Arts, Crafts and Design Stockholm in 1952. He stayed until 1978 before moving to Kosta til 1989 then worked independently at Strömbergshyttan and Wilke Adolfssons studio in Orrefors. he sadly passed away in August 2016 aged 91