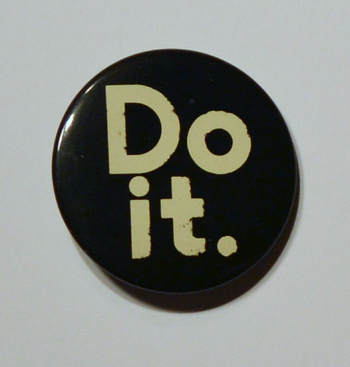 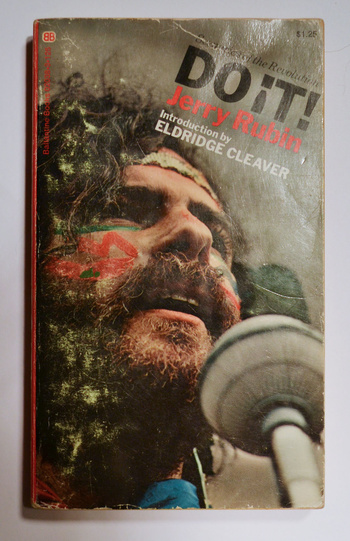 I don't know if this pinback was directly associated with the Youth International Party (Yippies) but it is "of the era" and surely draws inspiration from Jerry Rubin's book of the same title.

Jerry Clyde Rubin (1938-1994) and Abbie Hoffman were probably the most recognizable leaders of the anti-war and anti-authoritarian protests of the late 1960s in America. Along with writer Paul Krassner, they founded the Youth International Party with the intent of challenging the "status quo" with guerrilla theater. When summoned to appear before HUAC (the House Un-American Affairs Committee), Rubin wore the uniform of an American Revolution soldier and blew bubbles while being questioned. Rubin and Hoffman famously brought the New York Stock Exchange to a grinding halt by throwing money from the balcony. If nothing else, the Yippies knew how to get media coverage. At a Washington D.C. anti-war protest they promised to levitate the Pentagon through chanting. For the 1968 Presidential elections, the Youth International Party nominated a pig.

Do It! (the book), published in 1970, with an introduction by Eldridge Cleaver, head of the Black Panther Party, persuasively expresses Rubin's anti-establishment views.