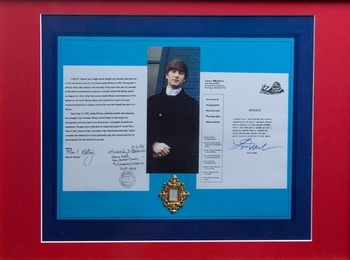 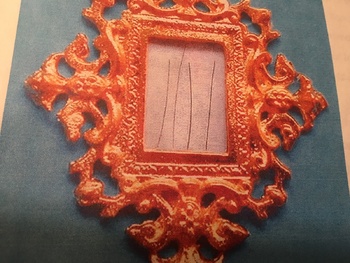 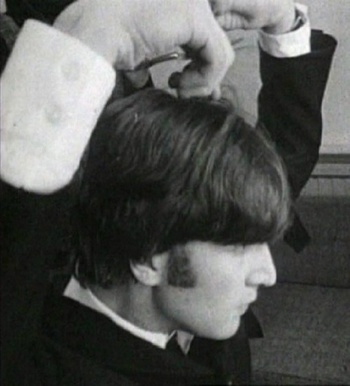 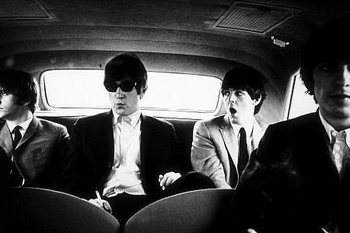 4 strands of hair from John Lennon. The hair was taken in Denver Colorado on August 26, 1964 and given to James Bevins,with the help of his uncle,who was the manager of the Red Rock Amphitheater. The Beatles played there while in Denver.They were on their first coast to coast US tour in the Summer of 1964.The Beatles are pictured in a limo in Denver. Lennon is pictured on the set of "Hard Day's Night" cutting a few strands to give to a reporter who asked for a lock of his hair.