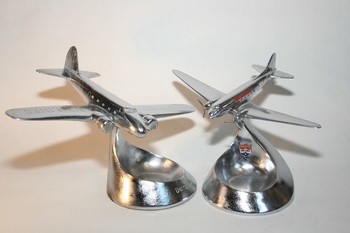 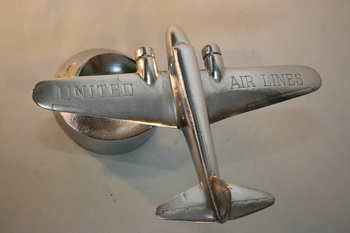 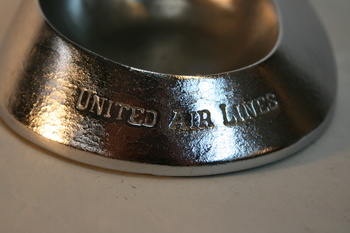 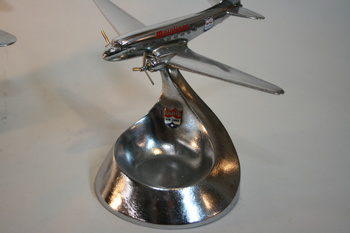 This sighting is akin to seeing the Abominable Snowman and Unicorn Together! Here are two A.C. Rehberger 1930's nickel plated airplane ashtrays shown together. It may well be that a display like this was last seen on the credenza of United Airline's President during the golden age of commercial aviation! Both ashtray bases are from the same casting mold with slight differences. The Boeing B-247 on the left was the airplane that introduced all-metal aircraft to United and the commercial world. The model also features UNITED AIRLINES embedded in the wings. And, the airplane on right is the Douglas DC-3 that was created when Boeing turned down offers to build the B-247 for other airlines. The genius of the DC-3 was that it outperformed the B-247 and was the first airliner to turn a profit by ticket sales alone. United Airlines wisely upgraded to the newer DC-3 and eventually replaced all their B-247 airliners. Both models are in very nice shape and will remain on display until February of 2018. Happy Holidays to All!
Tom Sanders
SANDMAN OVERHAUL 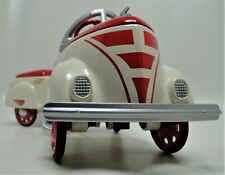