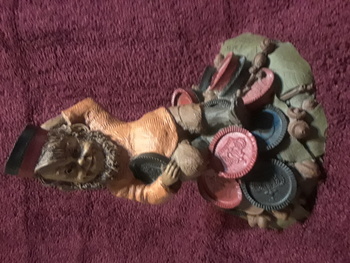 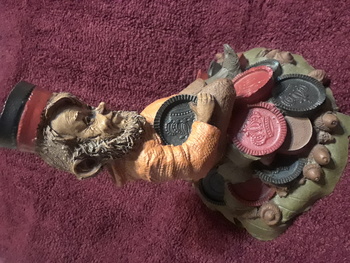 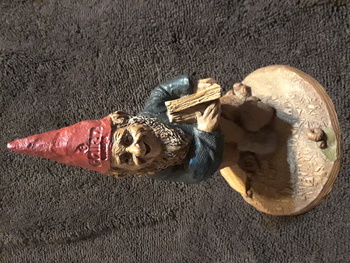 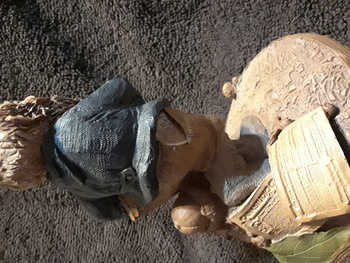 These two Tom Clark gnomes are Chubby and Crowell.

"(Aries, 1986) After I made Fats with his dominoes, he asked me to make his friend. Chubby, with his checkers. His coin shows that checkers is a game people play in Charlotte, North Carolina, as well as all over the world. He thinks he plays so well that he crowned himself king, but he won't win at all with such a mixed-up crown" !

Crowell's sign is Libra. He was first produced in 1984. His Item number is #1091. He is retired and singed by Tom Clark.

"(Libra, 1984) This is a little salesman with a wonderful product: the Cairn Studio line ! As can be seen from the map on the base, he is starting out from Davidson, North Carolina and heading West. He is carrying our newsletters under his arm, and there are replicas of other publications on the base. His coin is an American penny of 1908, when traveling salesman were becoming legendary. His name is Crowell, by the way, because he has so much to crow about ! 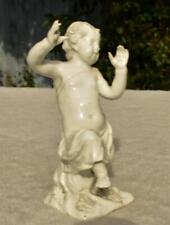 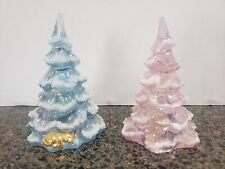 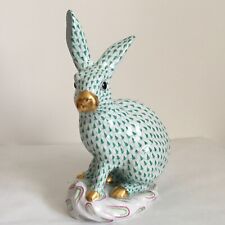 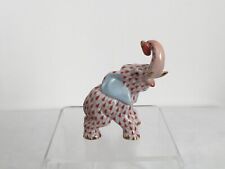