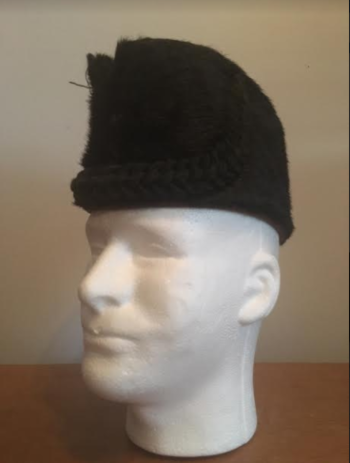 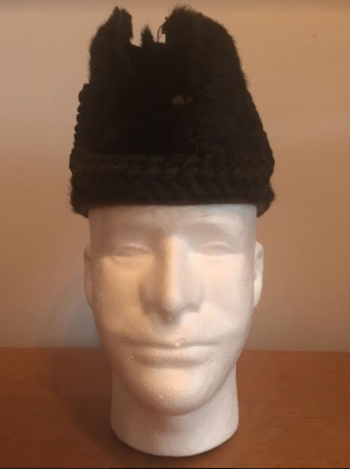 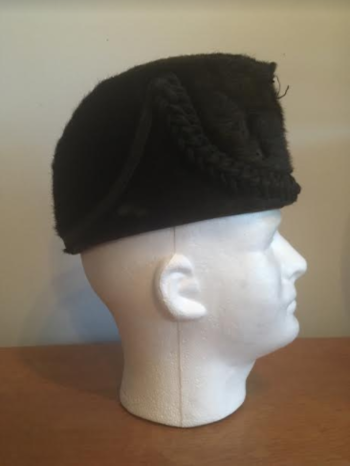 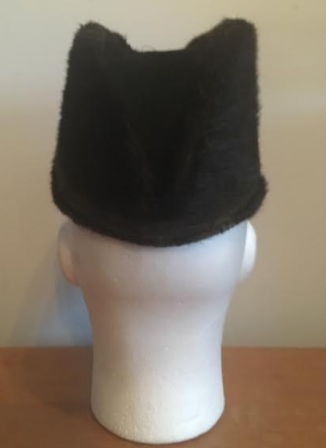 This busby was gifted to me recently by someone who found this to ensure it found a good home. This busby cap is in decent condition for it's age, but has some serious damage. The busby is an other ranks version and is made of sealskin, most of the fur is still on the cap but there are small patches where it is missing. The original cord is in good condition. To the front top of the cap there would've originally been a large plume, which is now absent. Also missing is the very top front piece of the cap, and a bit of front of the crown of the cap. It is possible the cap has suffered due to bad storage over the 100+ years it's existed, or perhaps it was period damaged by an Army Quartermaster and it's parts salvaged to repair a better conditioned Busby at the time, because the part that holds the plume and front crown appears to have been torn out, or cut out.

To the interior is leather lining, and is named to "B Coy. Sco Rifles, no 1246, Bugler C. A (possibly G. A) Jacobs. The cap is not dated, but nice to have it named to a Bugler of the Scottish Rifles. No research has been done as of yet on Bugler Jacobs. Interior looks pretty good overall.

Overall a nice piece, but unfortunately time hasn't been too kind to it. Nevertheless a nice and very rare cap, as there are few known examples of this cap been worn by the Scottish Rifles (mainly worn by English Rifle Regiments or Volunteer Corps).