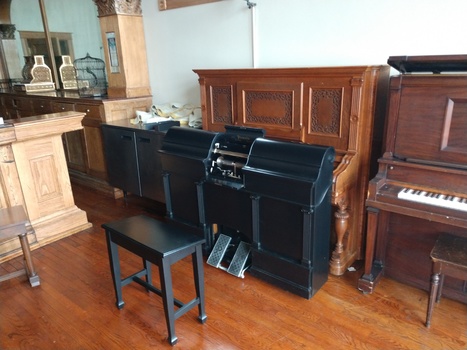 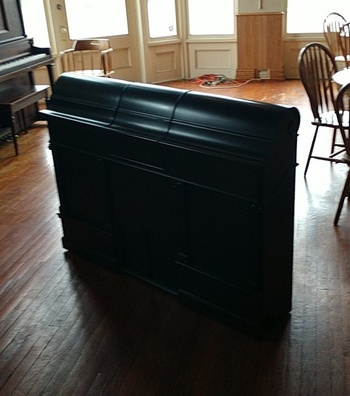 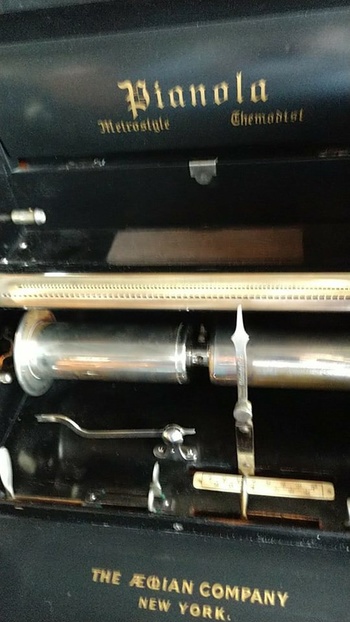 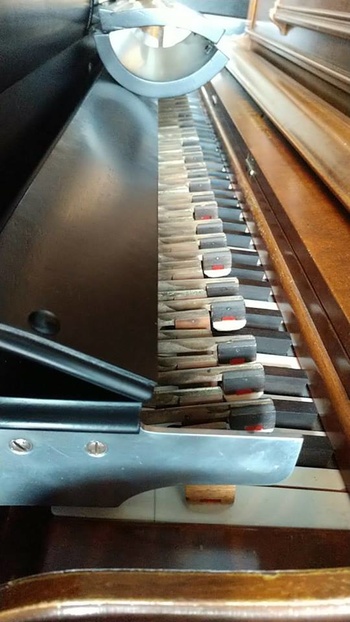 Rare (I know of perhaps half a dozen in the U.S.) 65-88 note Aeolian Metrostyle Themodist piano player. Its like a player piano but an external unit, and plays both standard 88-note rolls and the earlier (pre-1908) 65-note rolls. Equipped with the "Themodist" feature which accents the melody on rolls with the special "themodist" coding and the "Metrostyle", a pointer with which the user follows a marked "tempo line" indicating where to speed up and slow down, this device uses mechanically actuated "fingers" that press the keys when actuated by the roll . Third photo shows two sets of holes to read rolls, the top for 88-note rolls, bottom for 65-note rolls, as well as the metrostyle pointer, fourth photo shows the "fingers". 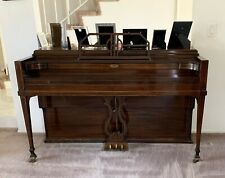 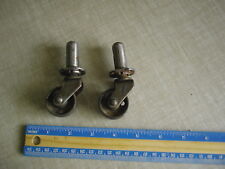 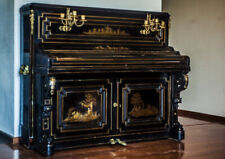