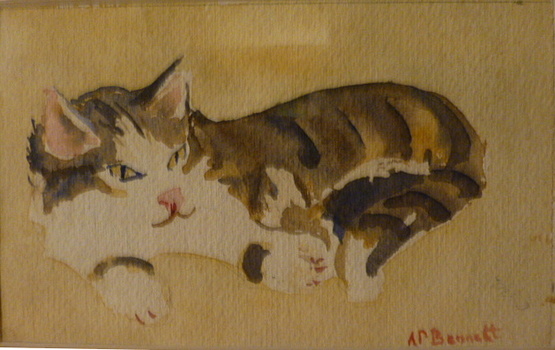 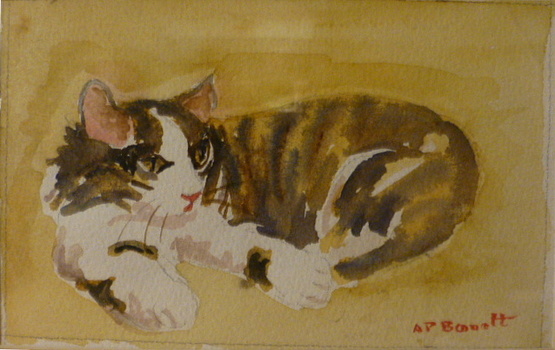 These were my other interesting finds of the day. Andrew Peter "Pete" Bennett 1924-2010 was an accomplished artist living in Peoria, IL and the vicinity. These watercolors appear to depart from his normal subject matter and style, based on his catalog, which is on line. There is no doubt that these watercolors are his work, though, as his stamp and contact information have been applied on the backing of these unframed but matted and backed works which are sealed in plastic. I have sent images of these paintings to his son, who maintains a web site devoted to him:

Bennett signed his work "A. P. Bennett". He was formally trained in several styles and mediums but seems to have prefered realism using watercolors. I'm a cat person, so was an immediate goner when I saw these. They remind me of the work of Leonard Tsuguharu Foujita 1886-1968 and may be an homage to him:

I have a print of Foujita's "cat, 1926" hanging in my dining room. One of the few prints from my collection that I display.