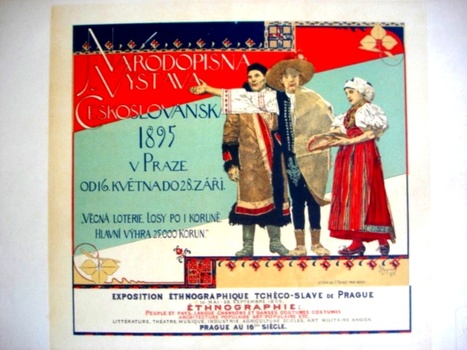 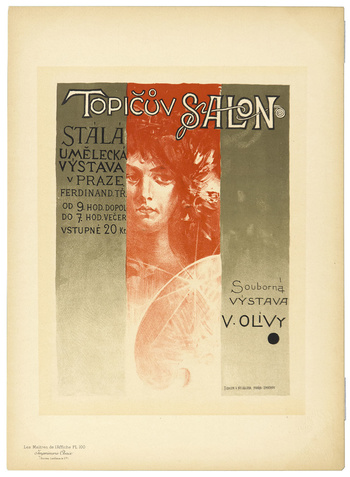 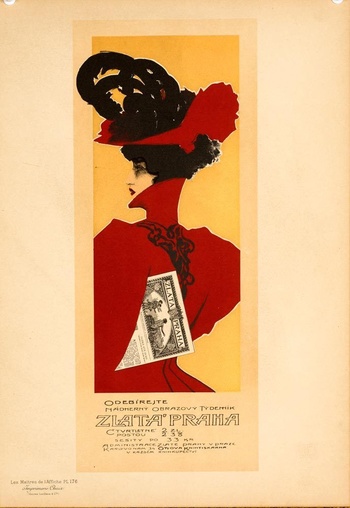 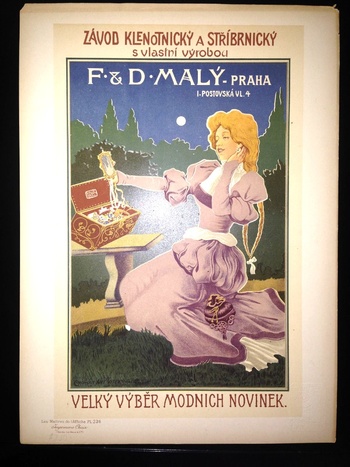 First, a warning: Alphonse Mucha, perhaps the most famous Art Nouveau Czech artist in history, is considered FRENCH in this collection, because his poster were all printed in France. That leave us with a grand total of 3 Czech artists and 4 posters.
Very little is known about Vojtech Adalbert Hynais [P. 1], who lived in Paris from 1878 to 1893, and was friends with Mucha and other Czech artists residing there. He was born and died in Prague. Hynais created the first poster for the General Land Centennial Exhibition of 1891, using distinctively Czech symbols prominently in the design;[11] the poster would earn him recognition
Viktor [Vaklav] Oliva [P 2.3] is the most famous Czech poster maker after Mucha. He was born in Bohemia and died in Prague. In 1888 he arived in Paris,, where he became part of The Bohemians, a group of Czech artists already living there. In 1897 he was given the job of Images Editor at the very popular Czech language magazine Zlatá Praha (Golden Prague)
The last is Karel Reisner, [P.4] wasborn in Prague, where he also died. He is one of the very few foreigners who seem not to have been in Paris during the 1880's and 1890's He is represented by a poster for the jewelry shop F. & D. Malý Praha
[All information gathered from Internet sources. The posters are all from my personal collection] 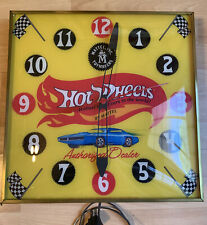 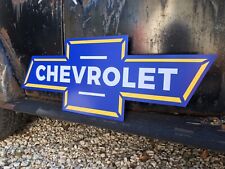