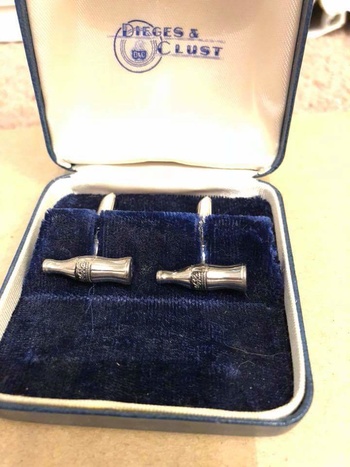 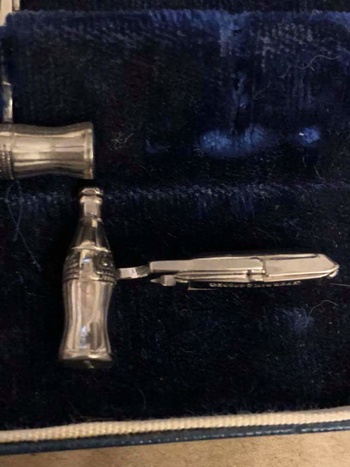 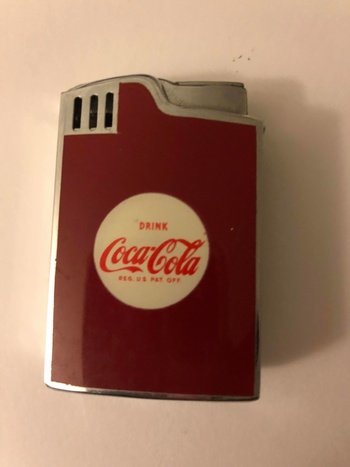 I just received the cufflinks and lighter in the mail last week from a woman who posted them to a closed Coca cola group that I belong to. I had commented on how nice they were and she told me that she would be interested in selling them. The lighter was a bonus in the deal as it is something that feel in my lap and I had to buy it also. The cufflinks have a patent date of 1949 and the manufacture noted on the box is well known for making plaques and awards. The company only made a few coca cola employee anniversary pins and they went out of business in 1979 therefore, the best that I can do to date the cufflinks is between 1949-1979. I absolutely love my new find.
As always enjoy the hunt.