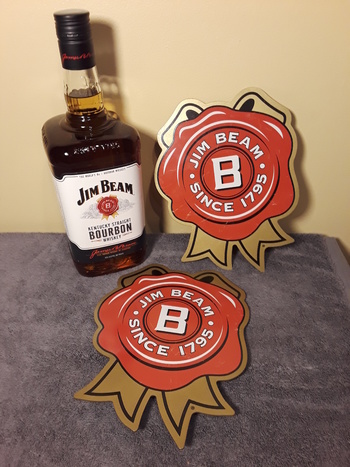 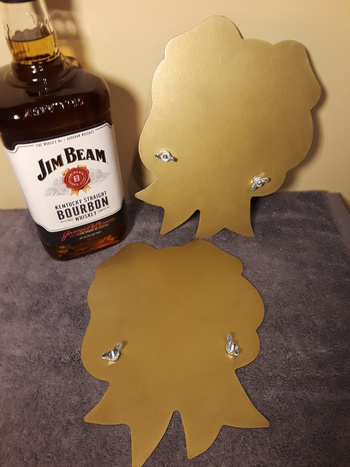 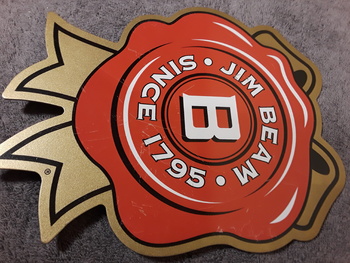 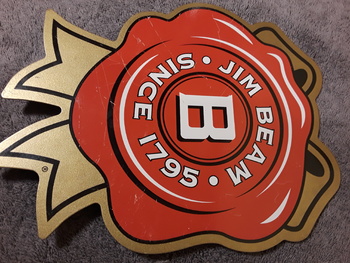 Fun find at the Goodwill last weekend -- even though I paid slightly more than I really wanted to, I still couldn't resist these things. In fact, I even stood there in the store and debated w/myself which one was in "better" condition than the other, ultimately just grabbing them both anyway. (as both have some superficial scratches/etc, but neither worse than the other)

They measure approx. 8" x 10", and are made of rather heavy gauge (1/16" or so thick) painted steel, with a pair of short threaded studs and wingnuts on their backsides. The logo appears to equate to the current day trademark on the label (that bottle didn't come from Goodwill, BTW... <lol>) so I have to guess they aren't actually all that old, but I don't know for sure. Also guessing they were intended to attach to store shelving or somesuch, as (at least part of) a store display.