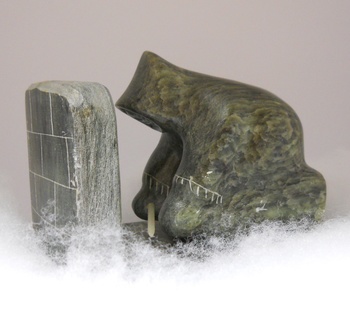 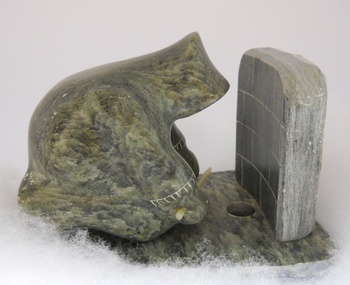 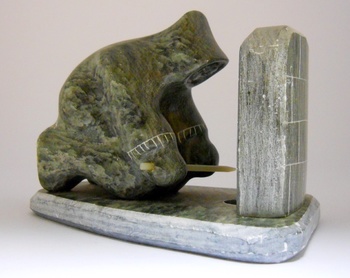 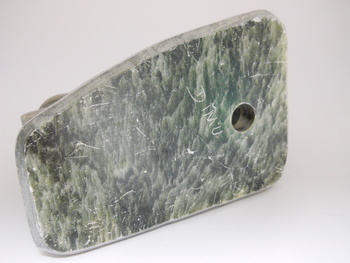 I found this original Soapstone carving from German Canadian artist " Dietrich Muchelstein) it's in a Manner of Inuit carving, but those are his own design, they most likely from, 60s-70s-80s-90s, there was popular for tourist, still very nicely done, sign under"DIMU".
This one depicted a fisherman waiting at the hole opening, that the fish show it's nose, he could make a fatal hit with is harpoon.

This carving is 6 inches long by 4.25 inches high.

"Dimu" Carvings"
Dimu pieces were sold in the 1960's & 70's at a much more affordable price point compared to original handcrafted pieces by the Inuit. Its core audience were mainly tourists visiting gift shops. Each piece is signed with "Dimu" so it is easy to notice.

DIMU is actually the signature of a German-Canadian artist named DIETER MUCKENHEIM. The works are somewhat mysterious and quite sparse, however they were his own original design. They are non-inuit sculpture. His pieces are usually dated to the in the 60s, 70s, 80s, and 90s. 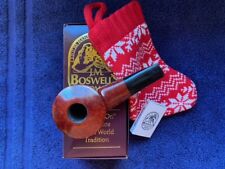 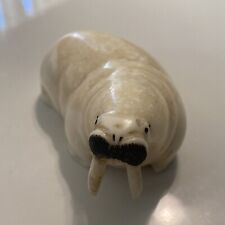