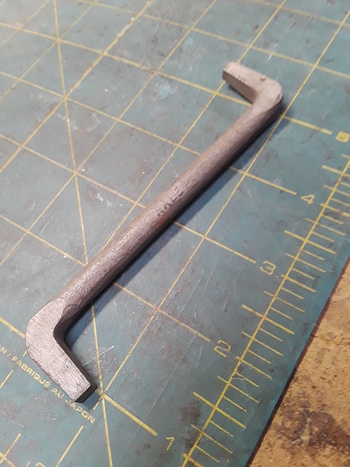 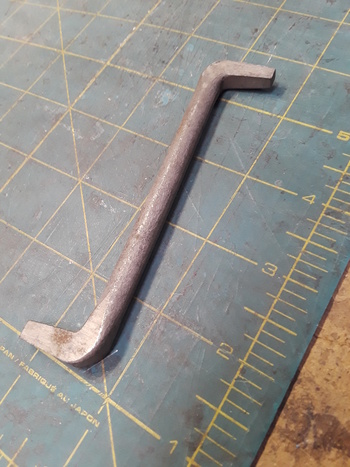 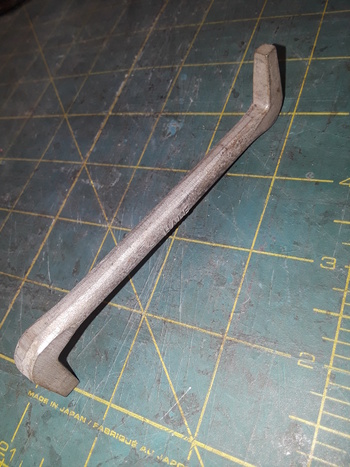 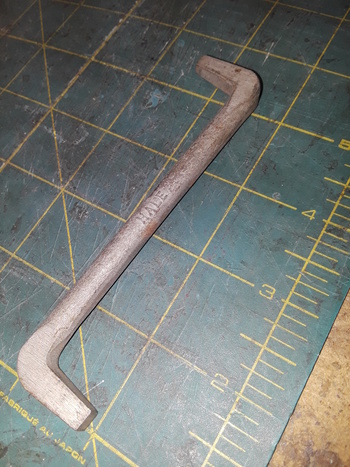 I was also ready to show this small tool as an unsolved mystery (wondering if it might be some sorta 'universal chuck key' for a lathe, maybe?) but a quick look around the internet tubes beforehand seemingly solved my own mystery for me (again?!) when I searched "HALE WRENCH" and ended up at the website of a company that specializes in piano technician's tools. Makes sense I guess, since it was found in a cigar box that also contained a few other little tools that also seem to be piano-related.

According to that website anyway, this thing (or something very close to it) is a "tuning lever tip wrench". I've seen 'piano tuning levers' before (though I don't own one) but did not necessarily realize that they apparently have changeable 'tips' on them, never having thought about the idea that different sorts of pianos might actually use differently sized tuning pins too. It makes sense I guess, now that I do think about it...??

SO OH, WELL. I'll go ahead and show it anyway. Once more, maybe it'll eventually help some other CW member (or visitor) solve their own mystery someday?? ;-) :-) :-)