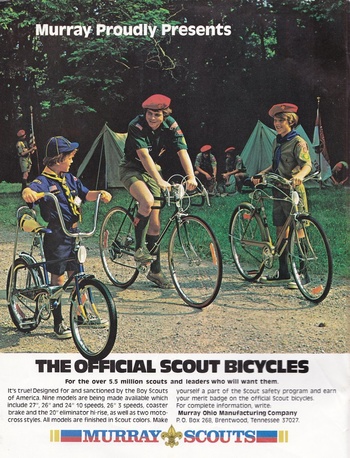 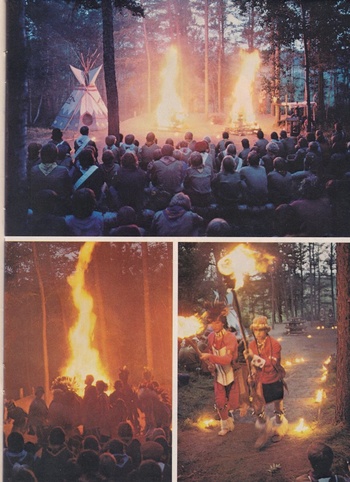 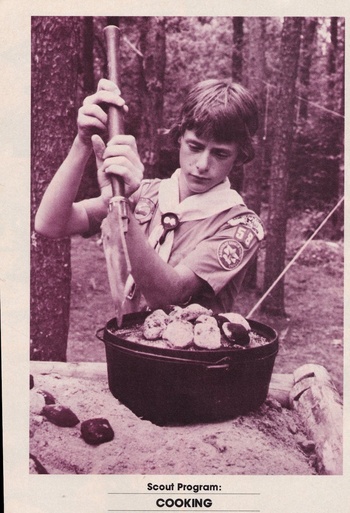 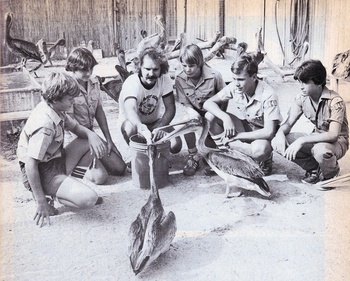 My item I planned to post did not arrive so instead some leftovers and randomish stuff. So what we have here are three photos from the 1970s and one from 1983.
Starting off is a Murray Bike ad from 1975. Got a cub, Explorer Scout, Boy Scout and red berets.
Next is from 1979 an Order of the Arrow ceremony. A very nice high budget one.
#3 is Dutch Oven Cooking featuring an actual Assistant Senior Patrol Leader. He is cooking with a shovel.
Last is from 1983. They are at a bird sanctuary of sorts and are wearing authentic 1980's shorts as seen in my last complete uniform post.