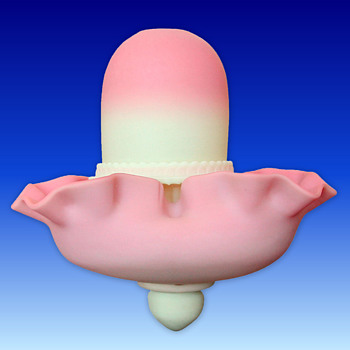 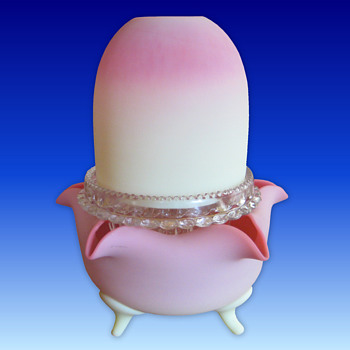 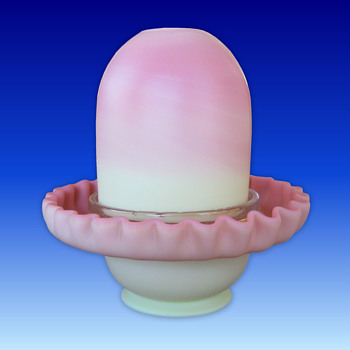 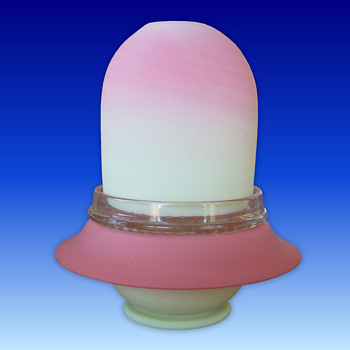 These four examples are all documented Samuel Clarke designs produced by Thomas Webb, c. 1887-90. There are several Clarke models produced in Burmese but these are some of the least common. The one of the left is known as a "pendant fairy lamp" and is designed to be hung by braided cords.