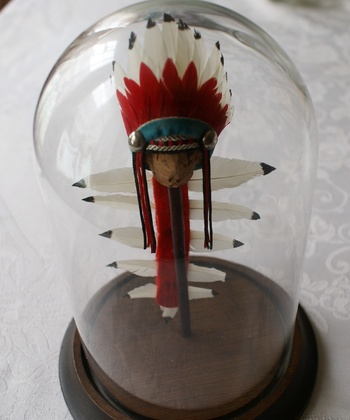 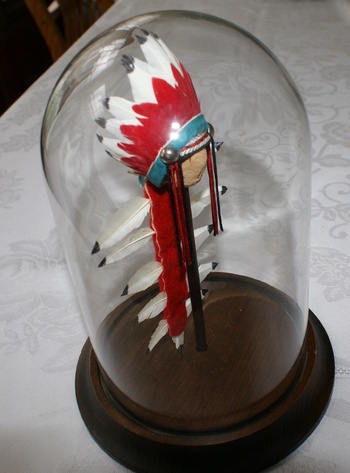 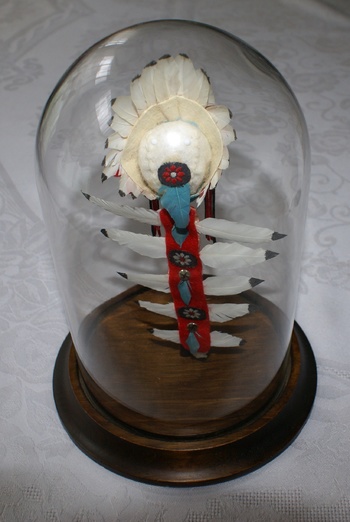 This is an original war bonnet designed by Ellen Schmutz for the Lone Ranger and Tonto action figures. She designed and hand made the clothes then sent them to the Hong Kong manufacturer to be evaluated for mass production. They were sent back with notations for what was good and what needed redesign. This bonnet was gifted to me when I was dating her daughter in 1972 and went into the hospital for oral surgery. It has lived in a cigar box for over 40 years and finally put under this dome last year. I believe this was produced in 1977 on a clothing card titled "THE LONE RANGER RIDES AGAIN … IN THE ADVENTURE OF THE INDIAN WAR" I don't really collect action figures but thought someone who does would find this interesting.