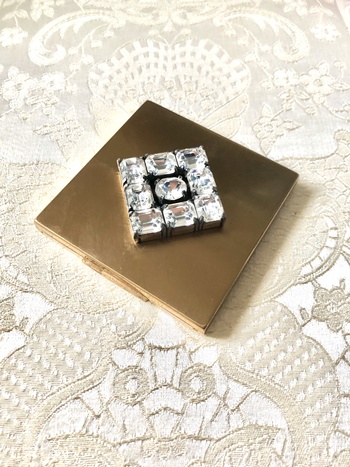 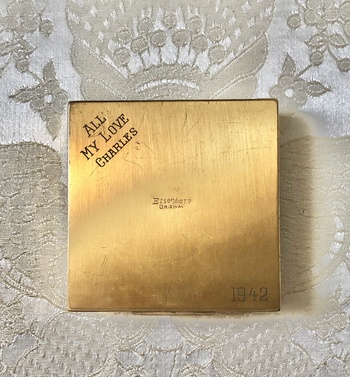 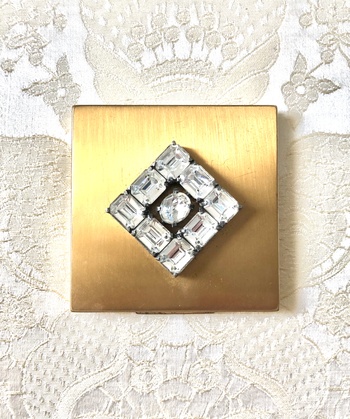 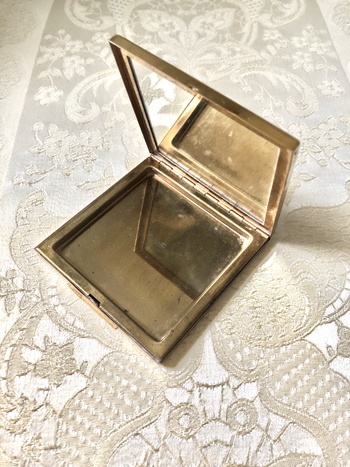 As much as I love the compacts in my collection, this is my favorite, thanks to both the designer and the personalization.

Many who collect vintage costume jewelry are familiar and fond of Eisenberg’s glittering creations. Their Deco era “Originals” examples are their most highly sought after pieces. However, I did not discover until just a couple of years ago that Eisenberg also produced powder compact mirrors.

This piece reveals more about its history than any other compact I’ve seen, as the underside reads, “All my love, Charles,” and the year it was gifted. Nearly eighty years ago, Charles’s sweetheart would have been beaming ear to ear as she opened this special present. I like to imagine that Charles was fighting in the Second World War, and he had this sent to her as a birthday, anniversary, or Christmas present. Whatever the story, we know that Charles loved someone very dearly in 1942, and this love will never be forgotten. 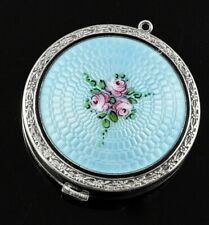 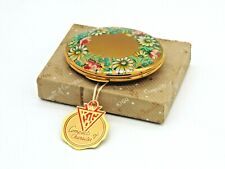 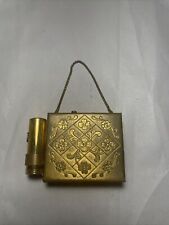 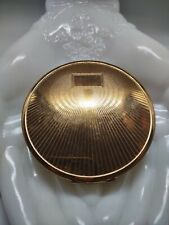