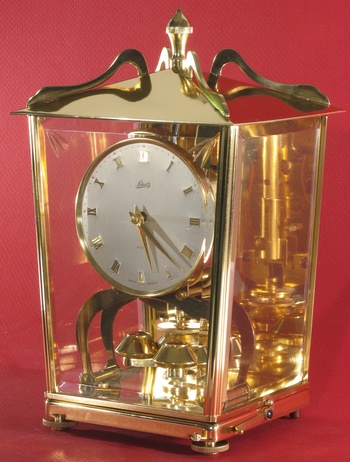 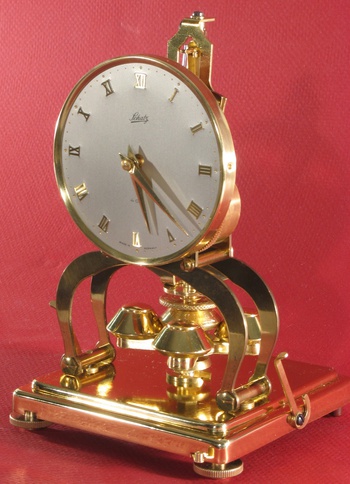 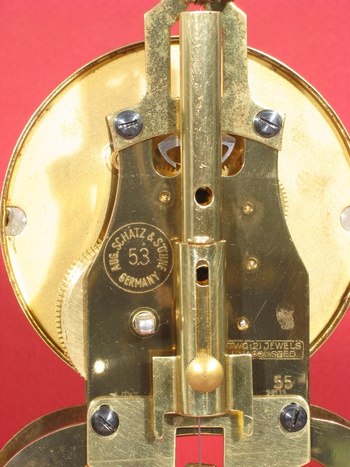 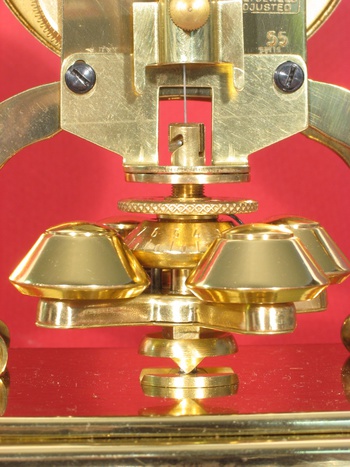 Why 400 Day Clocks Run So Long

Typical clocks run either one day or eight days on one winding. To make 400 day clocks run longer, a torsion pendulum is used. A torsion pendulum hangs from a thin wire and rotates in one direction and then the other, instead of swinging back and forth as a standard pendulum does.

A Standard or full sized 400 day clock has a torsion pendulum which makes a rotation in 7.5 seconds, or 8 rotations each minute (four rotations in each direction). The clock makes one “tick” near the end of each rotation. Preceding each tick, a gear with pointed teeth called the escape wheel has been giving an impulse to the pallet assembly. During impulse, a vertical pin in the pallet assembly pushes a fork to the left or right. The fork applies this energy to the suspension spring (the thin wire holding the pendulum), and the suspension spring transfers some of this energy to the pendulum.

The clock movement supplies one unit of energy to the pendulum for each oscillation. A torsion pendulum oscillates about 8 to 20 times more slowly than a swinging pendulum. This represents a major savings in energy, enough for an 8-day clock run 64 to 160 days. Further energy savings is obtained by using smaller pivots (load bearing areas on the ends of gear arbors or shafts) and by using small gears. By having more gears than an 8 day clock, the mainspring is made to unwind slowly enough for the clock to run about 400 days. 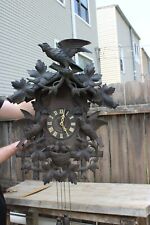 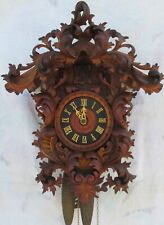