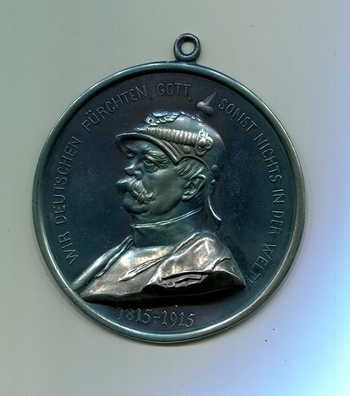 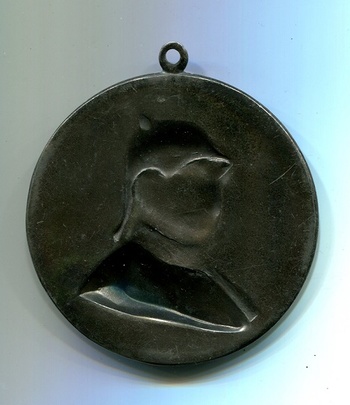 Bismarck was the father of his country. Without him the German Empire or “Second Reich” as we know it would have never been created. As such there are more medals with his portrait than can be collected in a life time. This plaque is one of the most spectacular items of the Bismarck theme. It is 71mm in diameter and struck as a hollow uniface in German silver with a partially filled lead reverse. This plaque was issued on Bismarck’s 100th birthday in 1915. Bismarck was not a fan of Kaiser Wilhelm II and shortly before his death, Bismarck predicted that the German Empire under Wilhelm II would not last more than 20 years after his death. Bismarck died in 1898!