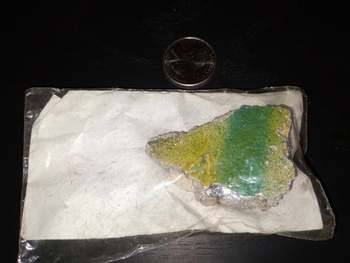 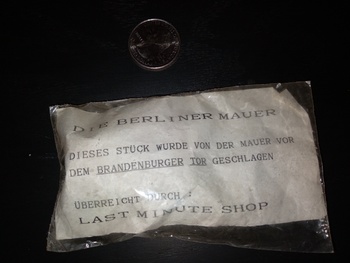 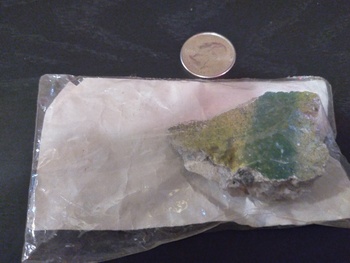 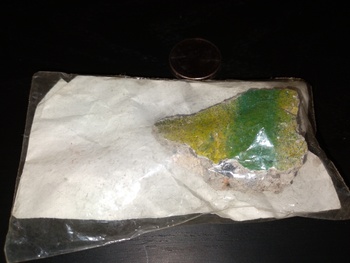 I definitely remember the events of late 1989/early 1990 when the Berlin Wall fell/was torn down, marking an end to the then 'cold war' and starting a whole new era of life and existence for Germany, Europe, and indeed the World.

This little plastic-sealed fragment was apparently somebody's (not mine originally) souvenir from there, no matter whether whoever first owned it either actually *got it* there or from some other source -- such pieces were widely marketed then for those that couldn't travel to Germany and see/get their own.

The slip of paper inside the bag with it (Google) Translates to:

It was recently found in the same bin with a bunch of costume jewelry.