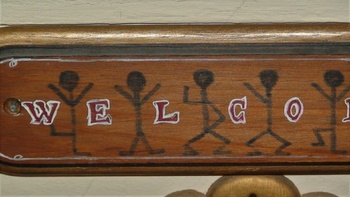 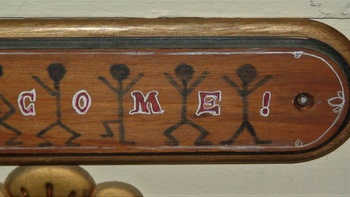 The "Dancing Men" Storyline From the Internet:
Hilton Cubitt seeks Sherlock Holmes' assistance in determining why a series of hieroglyphs - little pictures of dancing men - has so terrified his American wife Elsie. He knows little of his wife's background having met her in London during the Queen's Golden Jubilee but has now been very happily married for three years. The problems started a few months before when she received a letter from Chicago and more recently, when the drawings of the dancing men had been chalked on a garden wall. Holmes realizes that the symbols are a code of some sort and Mrs. Cubitt continues to receive similar messages. He also knows however that to unravel the mystery, he will have to learn more about the woman's past and her history in America.