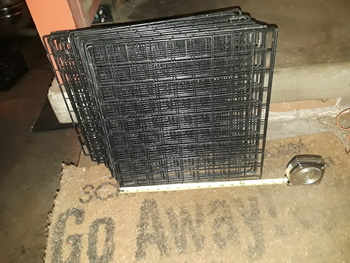 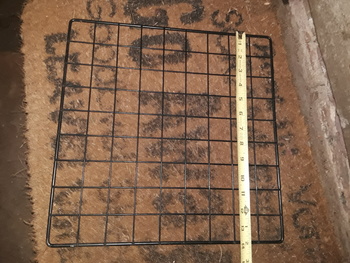 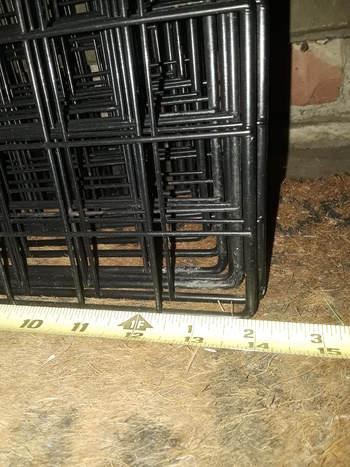 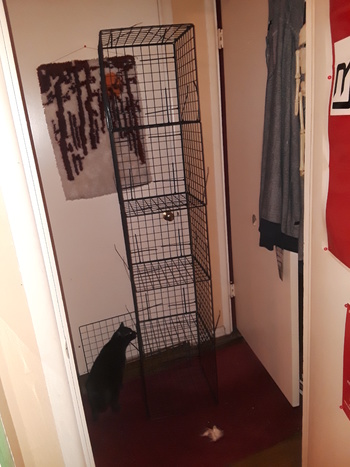 22 of 'em, to be exact. 14" x 14" black painted steel wire, I'm guessing they once served as shelves of some sort in a liquor store display because I got 'em from a neighbor that's moving ['s trash pile] who used to work at a liquor store. (before becoming a High School Teacher...GO, DUDE!! <lol>) I think I'm gonna try to fasten them together (zip ties?) into some assemblage of cubes to *use* them as shelves anyway...?? Shown here out on the porch after de-cobwebbing, I'm leaving one pic available just in case I actually DO end up with something worth a crap . . . ?? <lol>

Pic #4 now added to show what I "built" with 21 of the 22 pieces. It passed the official Woda kitty inspection, now I've just gotta decide if I can actually USE it for anything configured like this, or if I'll ultimately cut it all apart and start over into 'smaller things'...??