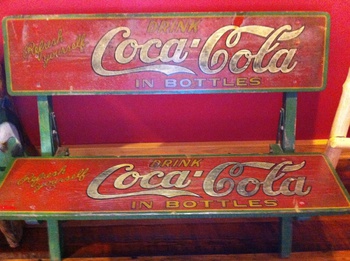 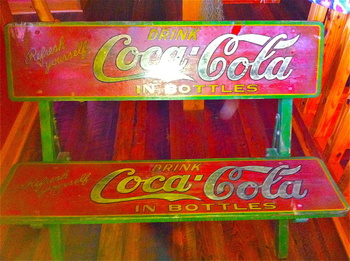 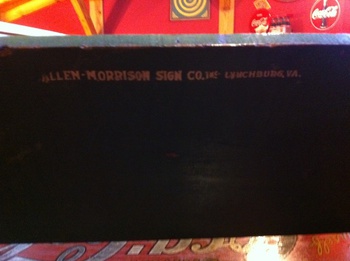 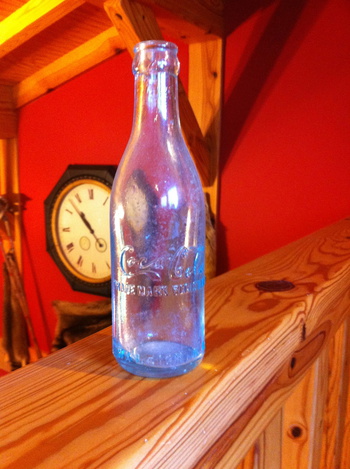 I found this bench under a boat house at Sunset lake in Fuquay Varina North Carolina in 1989. It was completely buried in mud and I didn't know what it was until it rained and washed some of the mud off of it. I have never seen another one anywhere. The house was built around 1919 and the boat house was built in 1921. I was told that the house was built by the then president of the Coca Cola bottling company in Raleigh N.C. On the back of the bench as well as on the bottom it says Allen-Morrison Sign Co. inc. Lynchburg, VA. I found that bottle there as well and it says Raleigh N.C on it.