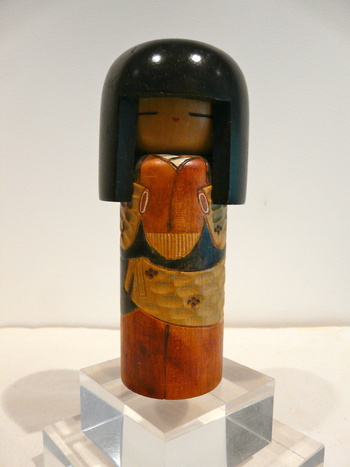 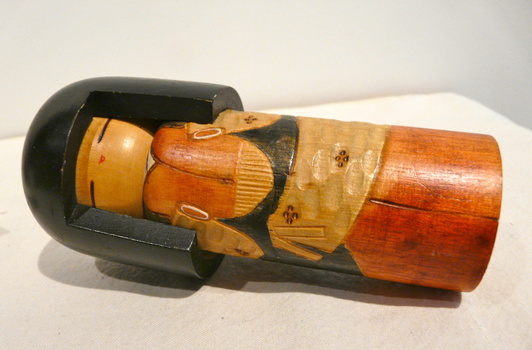 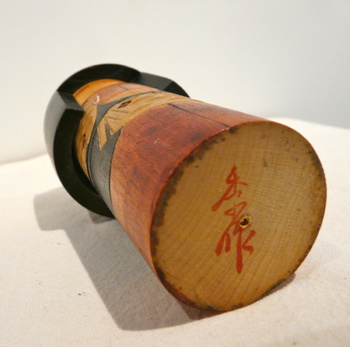 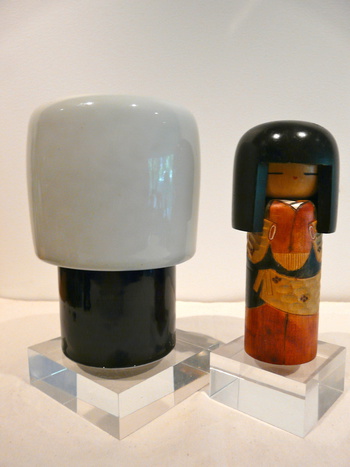 I've had this Kokeshi doll for a few years and liked the detail, the carving.
They are from northern Japan.One characteristic of kokeshi dolls is their lack of arms or legs. The bottom is marked with the signature of the artist.

"Using wood that has been seasoned for several months, typically from the dark cherry or the lighter mizuki tree, the kokeshi craftsman turns and cuts the doll on a lathe and polishes it to a fine finish. The head and body are generally turned separately then attached together by way of a plug. The kokeshi craftsman then finally hand paints on the face and the kimono pattern. An interesting video about how kokeshi are made today can be seen on www.mustlovejapan.com."

"Kokeshi are generally bought by Japanese as mementos. In addition to being ornamental, they are also seen as charms to prevent fires or even ward off evil. Mizuki, the wood often used to make the kokeshi doll's face, literally translates as "water tree". It is a very moist wood and some Japanese believe that having a kokeshi in their home helps prevent fire.
Kokeshi, celebrated today as one of Japan's folk arts, are of two types, traditional and creative."

This one is 'creative'.

"Creative kokeshi, relatively new having only developed as an art form since the 2nd World War, retain the limbless kokeshi characteristic. However, they are more contemporary in their design with perhaps a more shapely body, added features such as hair, as well as colourful exquisitely patterned kimono. Creative kokeshi are 'created' by artists, and have features and styles unique to their own particular artist or creator. The majority of creative kokeshi are made in Gunma prefecture."

I'm hoping that someone can read the signature for me. I'm also hoping that it is by Usaburo Okamoto.

I've put it with a favourite porcelain votive. 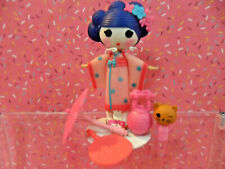 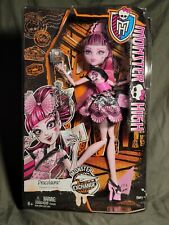 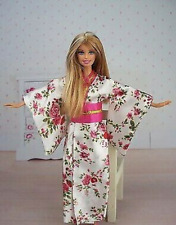