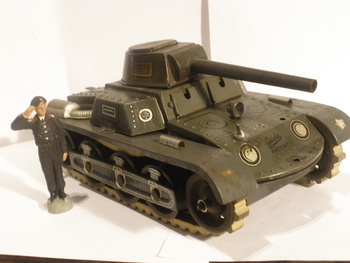 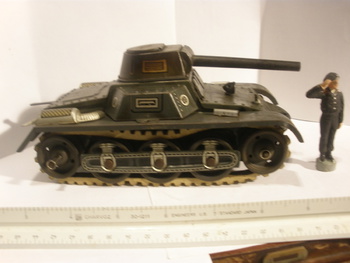 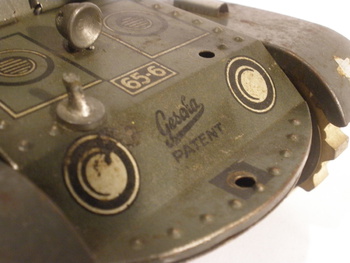 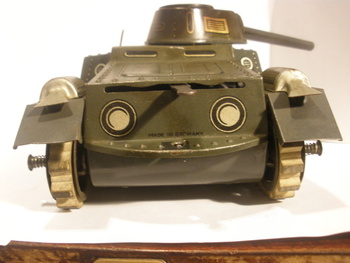 Yes, it's flawed, but I'll be damned if it doesn't look good on the shelf! At 8" long, it looks pretty mean despite the fact a few bits are missing (I have the hull's screws off since I've been playing with the motor). The lever on the back changes the amount of pressure on one drive wheel or the other which engages or disengages that wheel, allowing it to turn.

This is the post war version. Instead of the PzKpfw I style two-gun turret of the pre-war model, these have a more modernized single large gun (which reflects the trend of real vehicles). Maybe one day I'll find a nice pre-war one I can afford.