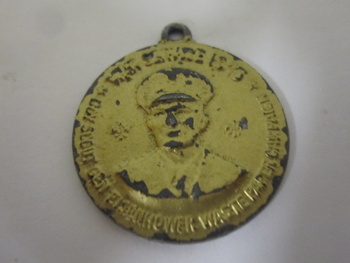 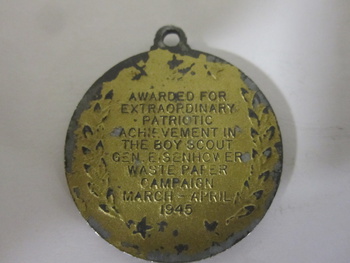 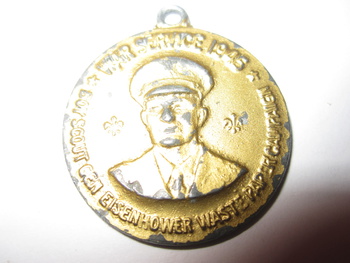 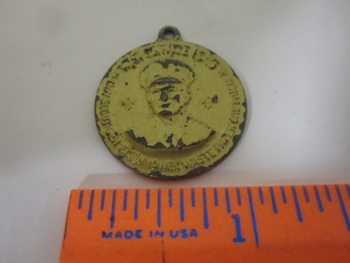 I found this little medal "digging" in a junk box at my local flea market. It is in pretty rough condition but I thought that it was still worth keeping. I had never seen one like this, or heard of this program before. Whatever it was attached to is long gone ! It says on the front of the medal,"War Service 1945", "Boy Scout Gen. Eisenhower Waste Paper Campaign", with what appears to be the image of Eisenhower himself. The back says, " Awarded For Extraordinary Patriotic Achievement In The Boy Scout Gen. Eisenhower Waste Paper Campaign March-April 1945". It was gold plated but has been worn down to the metal in some locations. I figure it was something done during the war to help the Boy Scouts to be involved in the war effort with everyone else at that time. Nice to see that they were rewarded for their efforts. I am sure any boy scout that received one of these carried it and showed it off with pride. Thanks for looking, Thrifty Gypsy