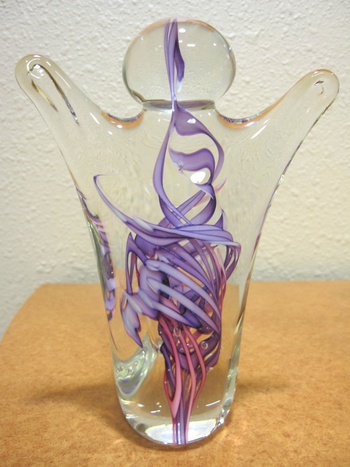 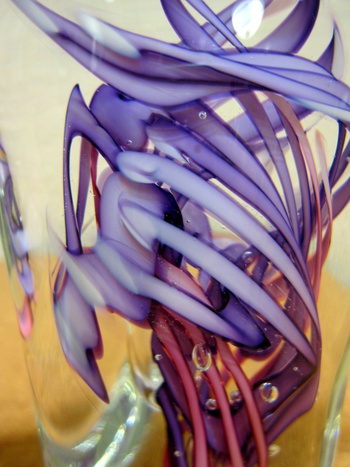 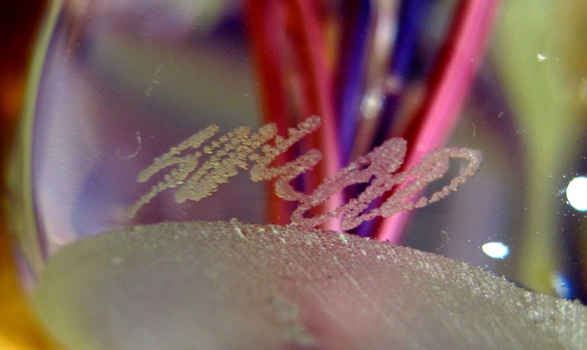 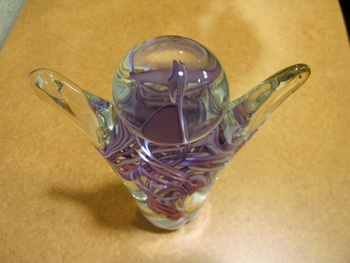 I have this wonderful figurine paperweight. It is 6 1/2in x 5 1/2 x 2 in dimension. Made by Schmidt Rhea Glass.

Michael Schmidt and Sonia Rhea met at Pescadero State Beach in California during a Raku Ceramics Festival while they were students at San Francisco State University. Sonia's studies were in ceramics and psychology and Michael's were in glass and philosophy. They began collaborating shortly there after. Their first projects were constructed on a table in their home, fusing glass in small kilns that doubled as end tables in their living room.
They moved to the foothills of the Sierra Nevada Mountains and built a studio on their property. For their first decade of collaborative work they focused on colorful, contemporary paperweights in unusual shapes and beaded glass jewelry. All elements contained in their work, from hand drawn furnace beads and cane to rondels (plates) are designed and handcrafted by them.

Years later, their first granddaughter, Haley, would raise her hands above her head to be picked up. Using this gesture as inspiration Michael created their first figure, "Joy of Life". Eleven years later, Michael designed their 16th figure for their second granddaughter, Grace. This figure is called "Grace Under Pressure".

Their glass figures, which are accompanied with story cards, continue to be given as gifts for all occasions....from the celebration of a birth, wedding, anniversary, birthday, retirement, to the acknowledgement of various life changing events or in gratitude for friendship or help. Many non-profit and for profit organizations and companies have also purchased their figures for award or recognition gifts. 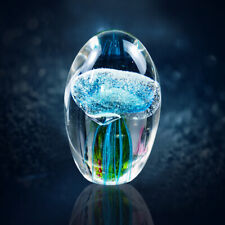 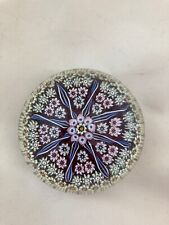 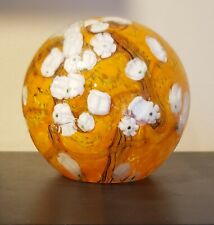