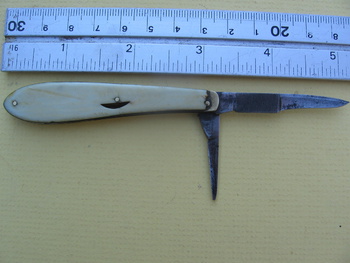 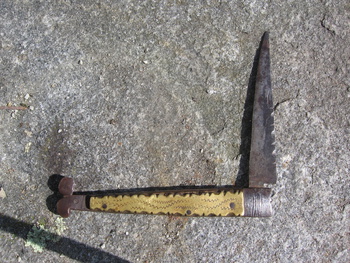 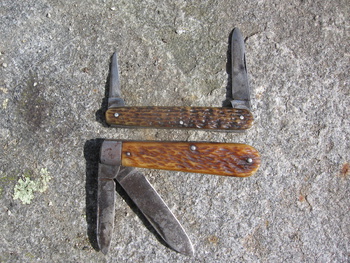 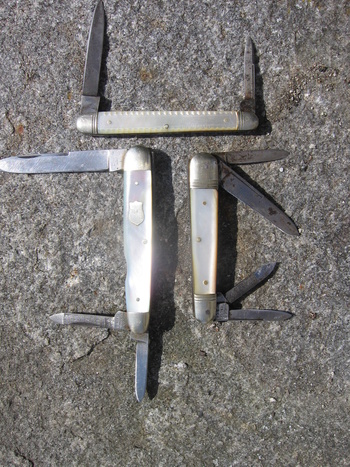 First knife is an exptremely rare Joe. Rodgers Sheffield quill knife with a guillotine for cutting the tip off the quill pen in the ivory handle. William 4th/ Geo 4th 1820 t0 1830.
Second knife is 18 century or early 19th, Italian, brass over horn handle scales. I dug this knife up in my garden (in Canada) about 25 years ago.
Next are a couple of jigged bone handled knives. Sleeveboard pen by Griffon, 2 blade jack by Voos.
Last three are MOP handled, 3 blade split backspring (whittler by Garland) 2 blade pen with carved MOP handles by Koch and the 4 blade is marked ROGERS and Co, an unknown mark, likely a merchant mark, all three are German made.