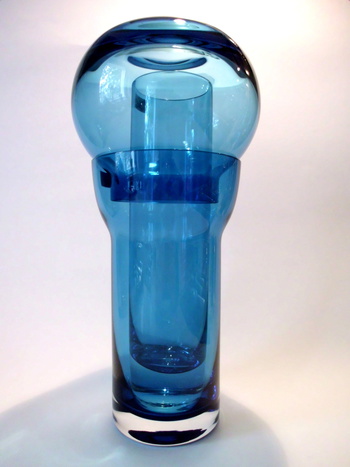 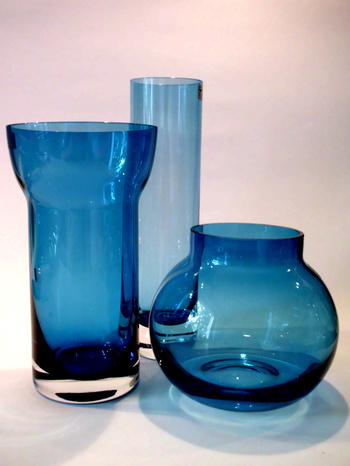 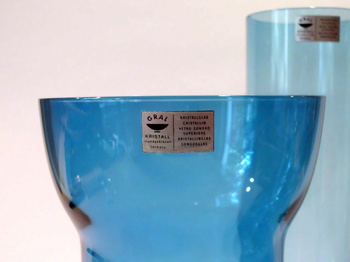 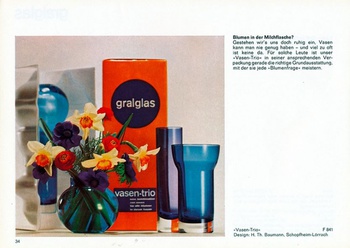 This is the Vase Trio F 841 designed by Hans Theo Baumann for Gralglas in 1966/67, and I'm happy that I own it! The catalogue page in my pictures is from 1973. The three vases seem unused, all three of them have the original Gralglas sticker, and I even own the original package.

Hans Theo Baumann, born 1924 in Basel (and still alive as it seems), is one of the most influential industrial designers in Germany after the war. He studied in Dresden and Basel. In 1955 he opened his own design studio. As a freelance designer he worked very much for Gralglas (dozens of designs listed in the book "gralglas – Deutsches Design 1930-1981" by Helmut Ricke (Deutscher Kunstverlag 2011). He also worked for Vitra and porcelain factories like Rosenthal, Arzberg or Hutschenreuther. He was part of Egon Eiermann's team in the reconstuction of the Kaiser-Wilhelm-Gedächtniskirche in Berlin. He is known for simple, geometrical forms in the German tradition of functionalism. At his eightieth birthday in 2004 he gave a part of his legacy to the Neue Pinakothek in Munich. He teached design in India, Japan, and Berlin.