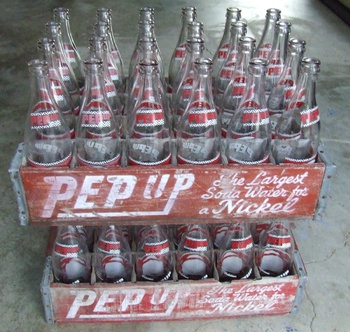 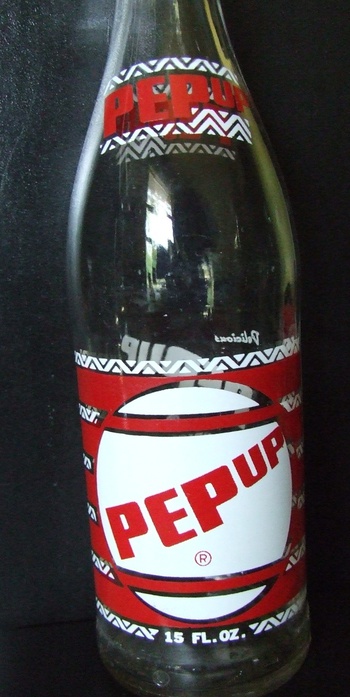 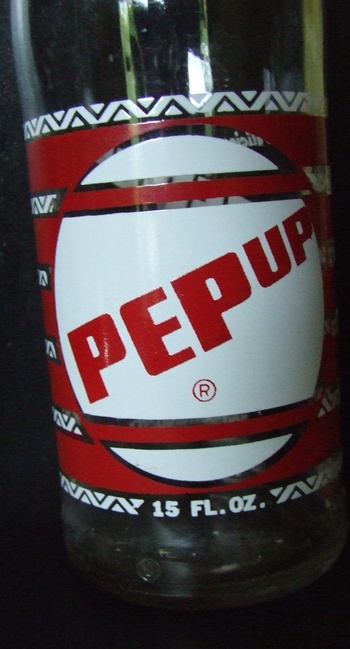 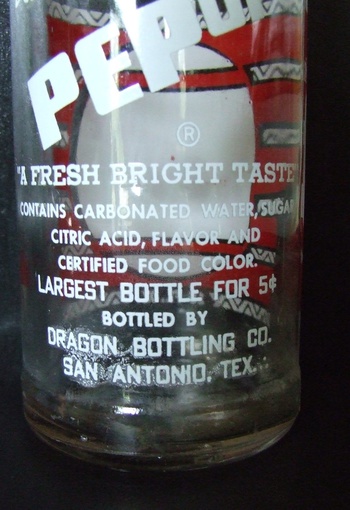 I was poking around last weekend and ran across these great late 1940's-early 1950's San Antonio bottles. They are PEPUP soda bottled by the Dragon Bottling Company, San Antonio, Texas.
On the back it says “Largest Bottle For 5¢”.
The bottle is made by Duraglas, and the date codes range from 1949-1954. This lady had app. 65 cases stacked up and I could not resist getting two cases, the price was right($10.00/case). My wife said “One bottle would probably have sufficed.” I also got two great wooden cases out of the deal.
These are really nice ACL bottles, with great graphics, no sun fading, and many of the bottles look unused.
Here is some background info:
“RODRÍGUEZ, HERLINDA MORALES (1903–?). Herlinda Morales Rodríguez, businesswoman, was born in Sabinas Hidalgo, Nuevo León, Mexico, in 1903, the daughter of Anastacio Morales and Flora de los Santos. She married Guadalupe Rodríguez, Jr., who with his father established a bottling factory on Santa Rosa Street in San Antonio called Rodríguez and Son Bottling Company in 1918. In 1921 the company, which produced Rodríguez Root Beer, expanded and moved to Guadalupe Street. By 1923 business was flourishing. In 1929 Guadalupe died, and Herlinda joined her father-in-law in business. She bought him out in 1933 and became company president. As the business grew, her brothers, Armando and Melchor, assisted in operations. They produced new soft drinks and changed the name of the business to Dragon Bottling Company in 1934. By 1939 the business was one of the most prosperous owned by a Mexican American in the state. Its equipment and vehicles for transportation were modern, and it had developed twelve soft drinks; the factory produced 120 cases of soft drinks an hour, distributed by twelve trucks to points within a 160-mile radius of San Antonio. In 1938 the company sponsored a baseball team that won the San Antonio and South Texas championship. Dragon Bottling Company was rated excellent by Frost National Bank, Dun and Bradstreet, and Retail Merchants. Unlike most businesses owned by Mexican Americans, Dragon served all of San Antonio and outlying towns. In 1942 Morales Rodríguez operated the Dragon, Hernández, and Rodríguez Bottling companies. However, by 1962 all these companies had ceased to exist; competition from large corporations such as Pepsi Cola and Coca Cola may have forced her out of business.”
enjoy