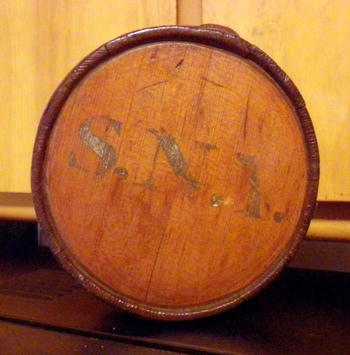 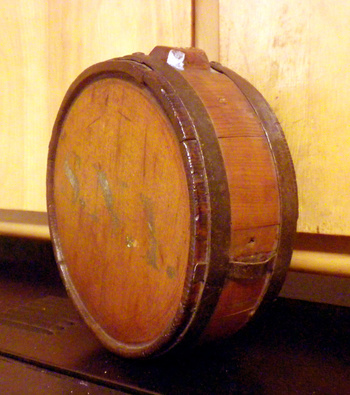 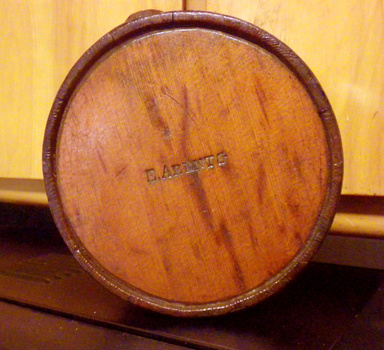 It was 4th of July weekend last summer, when the temperature rose to over 100 degrees and the humidity was oppressive. My girlfriend and I planned a weekend off from work to visit our good friends at the Jersey Shore. I was disappointed I'd missed their town wide garage sale a few weeks back because of work, and was hoping to look around for any good pickings.
Our friends always keep a few old bicycles handy for local trips, so while everyone else was relaxing I decided to take out a bike. Loading up a frozen water bottle, soaking my hat in water, I grabbed a few plastic grocery bags and was ready. No one was crazy enough to go around picking in this weather, so I had an edge. And it paid off, big time.
My motivation was the sheer challenge of peddling around, street after street, and possibkly finding something, but the heat and humidity were taking their toll. After very few garage sales with mostly new junk, and weather more suitable to a jungle, I was getting discouraged. The humidity was making me delirious, but my hat felt cool in the intense heat, so I kept moving.
On the Bay side of the island I spotted a fellow selling some interesting items. He had a few browsers. I parked the bike and glanced at the dozen or so items around the driveway: a large brass porthole with lens - not about to take that back on a bike, and it was overpriced. A set of antique skis, snow shoes, some vintage glass and ceramic ware.
Then my picking sense made me take a second and third glance at a wooden box with initials lying on a shelf in the driveway. There were initials pianted on the front and it had metal bands. The box looked like a canteen, and the price was right. A girl in a bathing suit grabbed it before I could pick it up. She held it up and stuck her finger in the spout. I said to myself, "When she puts that down it's mine". Even if it was a fake I figured reenactors would pay to have something like that. Three minutes felt like a half hour, so I just kept looking at other items, asking questions and making small talk with the host and his customers.
Finally the girl put down the canteen, so I casually picked it up. Peeling a wet bill out of my pocket, I put it within eyesight of the host. The other customers looked on perplexed as he took the money.
Shortly after the other customers left, the host and I had a nice discussion. He told me the canteen was from his grandfather, who "got it from someone in upstate New York, a very long time ago." He had used the canteen as a wall decoration for years, and since he was moving his wife wanted certain items sold.
What else did he have? A WWII Japanese rifle with bayonet from his father, and much more. For the right price he would probably sell all of it, but riding a bike with a rifle and bayonet in New Jersey in 100+ degree heat is not a good idea - and if my girlfriend saw I had bought more "large stuff" I would be a dead man. So I didn't press the point or ask questions about any more items. Peddling back to the ocean side, soggy but happy, I was ready to do a little research on my pick.
After returning I researched for about an hour, then sent out a few emails on my find and enjoyed the rest of the day.
Surprisingly, about 24 hours later there was an email reply - from an author and expert on military canteens. He told me he would like to see photos and was very obliging - and I was very grateful and polite. This was getting interesting.
We emailed back and forth for days after he received the photos. I was astonished at the man's graciousness and patience. Now I knew the history of the pick and the maker. Researching its value was next.
The maker of this canteen was from a family of early American coopers (barrel makers). The canteen was made from 1809-1822, under contract for the NY State Militia. It may have been used in the early part of the Civil War. About 5 years ago an auction house sold a similar canteen from the same maker for over four figures.
Although this find was the exception and not the rule, it was still quite an adventure and a darn good investment for a soggy 10 bucks.

If you like this item and story behind the find you can become a fan of our FaceBook page: Historic Antiques & Collectibles (http://www.facebook.com/pages/Historic-Antiques-Collectibles/161396963902975).