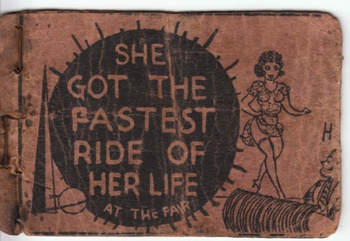 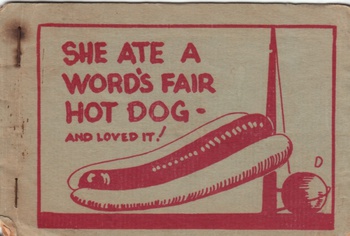 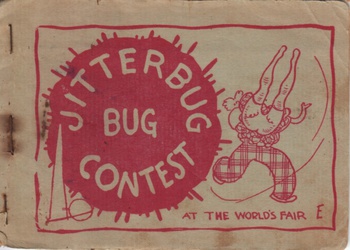 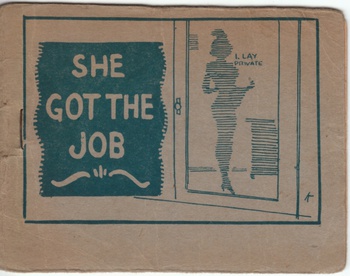 There have been several posts here showing Tijuana Bibles, or as they were also known "Maggie and Jiggs" and "Eight Pagers" so I can help fill in some details and tell a story or two. I have done considerable research on the little fellows and refer you to the twenty part series I wrote for the blog Vintage Sleaze if you are interested.

Just for the record, the four here were drawn by Wesley Morse, the very same artist who drew the Bazooka Joe Gum Comics! The date to 1939, where they were sold at the New York World's Fair...a market too tempting for the fellows who printed them.

First of all, the filthy little thin books were not from Tijuana, they were from Depression era and forward entrepreneurs, some with organized crime connections. As I detail in my series, they were investigated over the years by congressional committees and censors of various organizations. They ran from 1930 to 1950 or so...the earlier the better for the most part, and most valuable are the ones which came slightly larger or had more than 8-pages. My little essays on the little books will become a book soon.

There were hundreds, and most made fun of contemporary figures like actors and politicians. No, I can not show any inside pages. Yes, they were hilarious and in horrible bad taste.

In recent years, they have been reproduced considerably and are sold as authentic...so do not be fooled. An authentic Tijuana Bible would have been passed around many times, show a great deal of wear, have rust on the staples and like any paper object held with greasy fingers, have foxing and surface wear. So they would qualify for a serious FAKE ALERT. The ones here are authentic.

The first episode of the TV show Dragnet had Joe Friday investigating a young man who sold them out of his locker! And indeed, many a young man first saw representations of "the deed" in one of these little booklets.

You can find the series at: