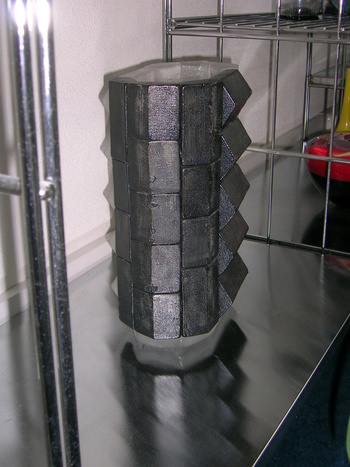 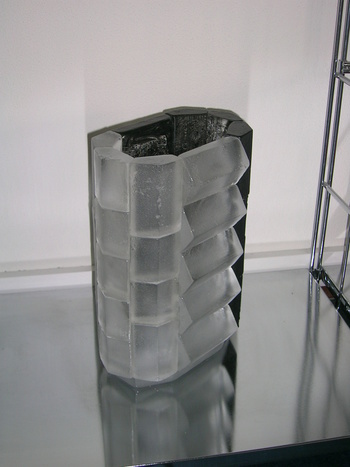 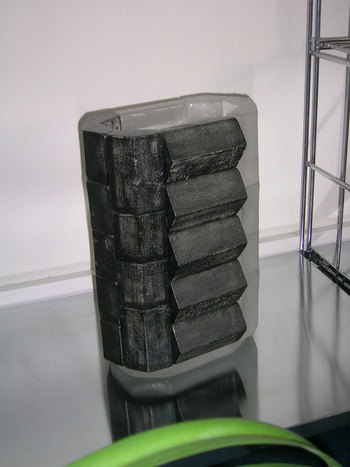 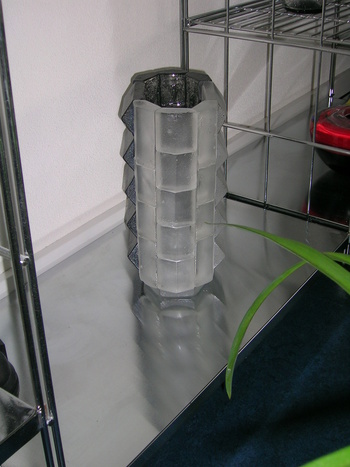 Mieke Groot 34 cm high 14 cm wide probably 1992 ( cant pick it up also but in a museumcataloque the black and white brick objects are the last in the serie and they are all 92) the bricks are sandcasted then enameled and sandblasted and then laminated together.
mieke groot studied at the rietveld academy (which was founded by sybren valkema)in amsterdam First jewelry and then glass from 1969
to 1976 then worked parttime at the Leerdam Factory till 1981.
during a 1986 exebition in Ford Asperen a number of artist were assigned part of the old fort, mieke groot made an installation in which the only window in her cel was filled with halftransparant glass bricks of exactly the same size as the bricks used for the wall that started the brick objects. later she made other objects of which i will post another one.