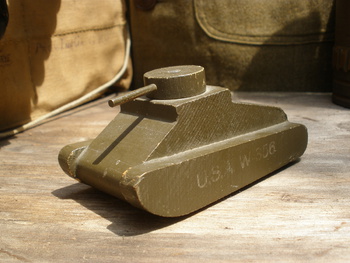 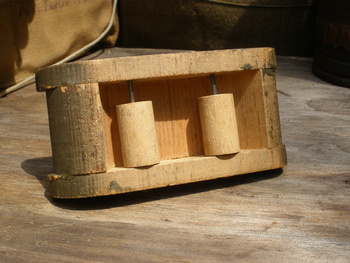 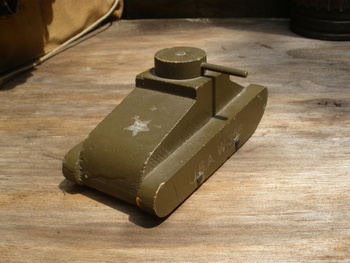 Neat little tank I picked up recently. Made during the wartime metal demands, it's made entirely of wood and a few nails. It has short dowels as wheels and a swiveling turret. It has a star painted on the back as well as "U.S.A. W-356" on each side. It is fairly diminutive at just over 4" long, but not far outside the scale of many diecast cars that were made before the war.

I have seen boxed sets of wooden toys made in the same style, but I have yet to see one with this tank in it. Usually they include jeeps, cannons, and some other accessories. Would love to find out who made this, but it's is one of those things we will probably never know because there were so many companies making them, most of which never marked them.