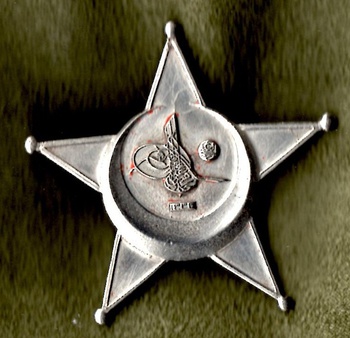 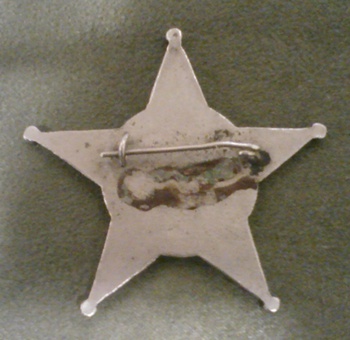 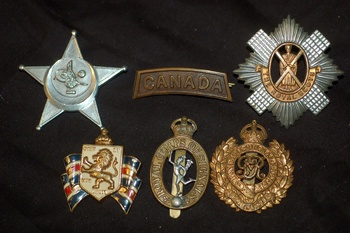 During WWI, British and Commonwealth Forces called this “The Gallipoli Star.” The Germans and Austrians called it the “Der Eisner Halbmond” (The Iron Crescent). When the Sultan Mehmed V created this decoration in March 1915, he named it simply the “Harp Madalysi” (War Medal).

It’s likely that this decoration was inspired by the Iron Cross, awarded by the Ottoman Empire’s German Allies. Like the Iron Cross First Class, It was worn on the breast pocket. Unlike the Iron Cross, it had only one class. By the Sultan’s decree, it was “bestowed upon those persons who show gallantry and sacrifice, without differentiating any rank and position/title. These persons can be either nationals of the Sublime Ottoman State or allied forces and navies and voluntary nursing units and public servants and employees within the armies and navies.” At the center is the Sultan’s Tughra – a sort of royal cypher – and below it the Islamic year 1333 (1915).

In April of 1915 The Allies launched an invasion of the Gallipoli Peninsula. By the time it was over in January 1916, both sides had suffered heavily; Over 141,000 Allied casualties and 251,000 Turks. It was during this period that the decoration became associated with Gallipoli. Actually, it could be awarded for actions occurring from the start of the war, and continued to be awarded until the end of the war.

My example (picture 1 & 2) has had the red enamel paint scratched off. There are scratch marks and bits of red enamel still clinging to it. I’ve added picture 3 to show how it originally looked. I know the back of the star looks like it could be a fake. As soon as I got the star, I sent off for the most definitive reference I could find, “Harp Madalyasi/The Turkish War Medal” by M. Demir Erman. It arrived from Turkey today, and I spent the last hour or so reading through it. I’ve used a lot of Mr. Erman’s information in this post.

Based on his information, this particular medal is original, and made in the Ottoman Empire during the war. Higher quality examples were made in Germany and Austria after the war for veterans of those countries that wanted a nicer looking decoration.

I ran across my star recently as part of an eBay lot that was only described as British and Commonwealth badges and pins. Photo 4 shows what was for sale, and the seller wanted way too much as a starting price for some typical WWI & WWII British Army cap badges, an enamel WWII war relief pin and a WWI Canadian shoulder title. I was the only bidder. Did nobody else notice the WWI Turkish War Medal in the eBay lot? Did some see it but decide without the red enamel it wasn’t worth it? Did I pay too much? (If the war medal had its enamel paint, it would have gone for two or three times what I paid for the whole group). All I know is that I’m satisfied with the purchase.