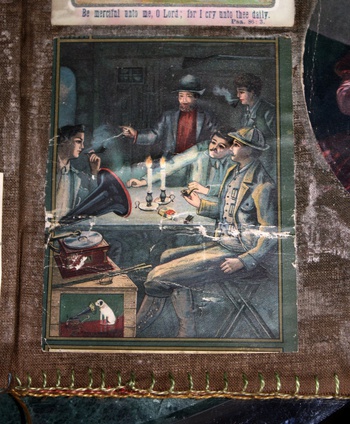 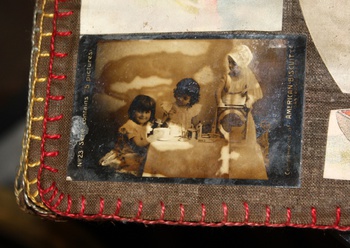 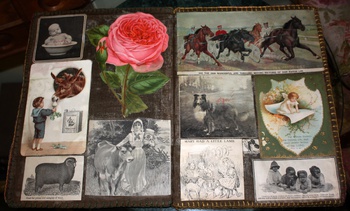 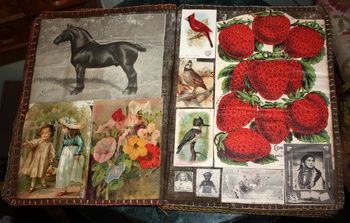 I found this in a box of books at a yard sale last week and thought i'd post some more photos of it. It's a beautiful scrapbook with a lot of local pieces in it. The lady who sold it to me said that she believes that it was made by the grandmother of a woman she knows who is mixed African American / Caucasian and there are some interesting images of people of different races in the book. I'd never seen the first image here before of the introduction of a Victrola and the second image is an actual photo which appears to be one of 75 photos which was distributed w/ some biscuits as a very early use of photos in an advertising promo. 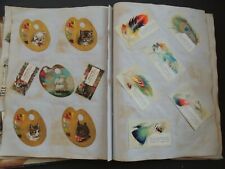 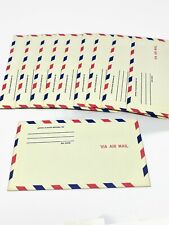 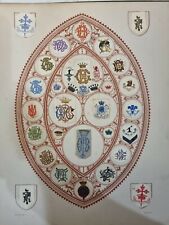