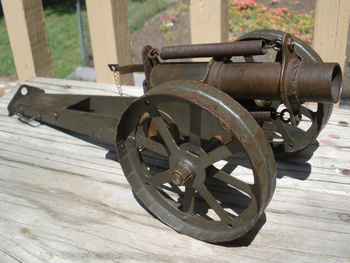 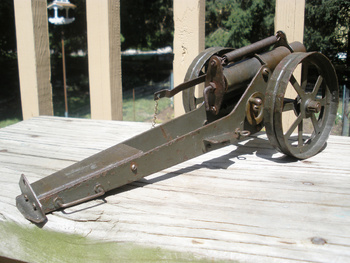 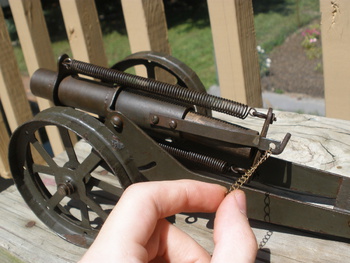 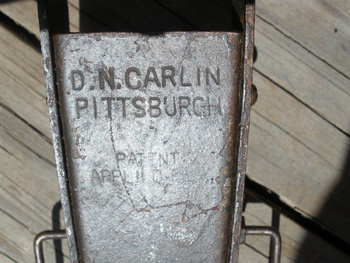 It was made by the D. N. Carlin Company in Pittsburgh PA. The company was founded in 1917, so you can imagine where he drew the influence of this piece. Documentation on this company is hard to dredge up, but this most likely dates from the late teens-early 20s.

The construction style is very indicative of the early days; heavy duty is a understatement. The gauge of the steel on some parts is as much as 3/32", which puts some industrial grade parts made today to shame. There even appears to be a few machined parts to go along with the mostly stamped and pressed steel components.

The L shaped rod coming out of the back is pulled until the plate (holding the springs) catches behind the trigger. When ready to fire, just pull the chain! It comes complete with a crank to adjust the elevation of the barrel.

From end to end this thing is about 14". I can't imagine something like this being made today.

I need to try to find the patent date for this design, that will give me a good idea of when it was made. The stamp, though faint, reads "Patent applied for". Hopefully I can figure out which one it is!