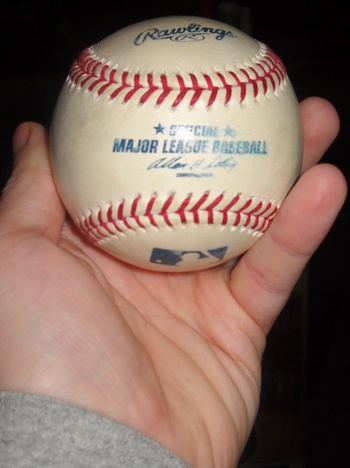 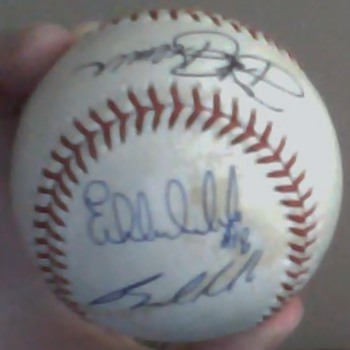 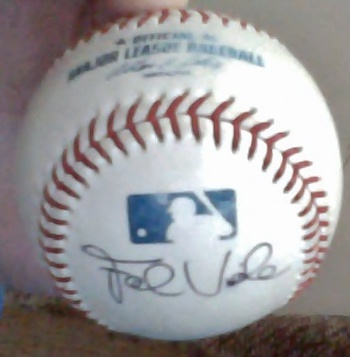 Several years ago I went to a Minnesota Twins/New York Yankees game with my brother. We got there early because back in those days they had lower level general admission in the outfield seats at the Metrodome. We were headed down towards our seats during batting practice and we were surveying where the best place to sit was and I looked down, and in an empty seat, perched on the seat was a ball. I looked around, there was no one anywhere near it. So I picked it up and have had it ever since. I have no way of knowing who hit it, but it was definitely used, it's scuffed and fairly dirty.

**UPDATE** After having it for roughly twelve years, I finally got it signed. I went to Fan Fest as part of the All-Star Game celebration in Minneapolis. I got it signed by Twins announcer Dick Bremer, and former pitchers Eddie Guardado, Brad Radke, and Frank Viola!