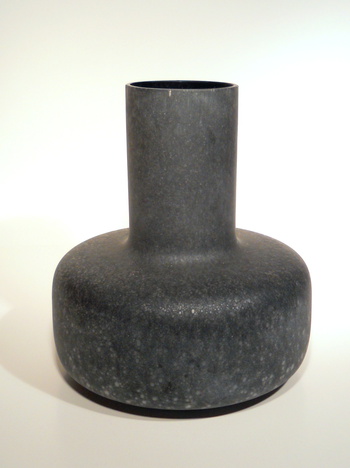 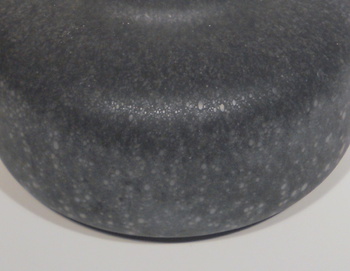 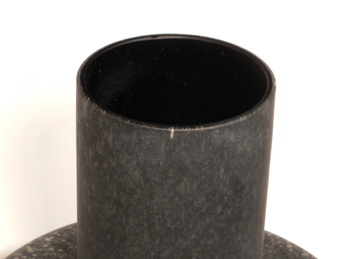 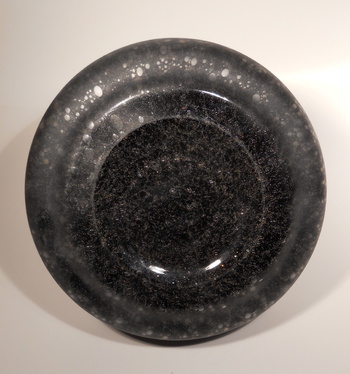 I bought this vase nearly a year ago and have spent a ridiculous amount of time, both on the web and in the library, trying to identify the maker.

Size is ~9" - exterior has an etched surface, with bubble inclusions throughout. The thickness of the wall at the neck is about 3/16". The rim is ground and polished. The bottom has no pontil mark, the center is recessed, and there's a fair amount of wear (can see it pretty well in the photo, although I couldn't get a shot that shows the absence of pontil mark), which is my only real indication that it's not recent production. No markings whatsoever.

I've decided it's got to be European (which is definitely not my strong suit), but beyond that I haven't a clue. Have had input from people on several different forums that focus on glass, with suggestions of Italian, German, Romanian, Spanish, Swedish origin... Thought I'd put it up here and see if anyone can narrow that range and hopefully get me closer to my goal.