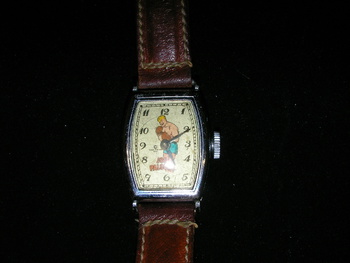 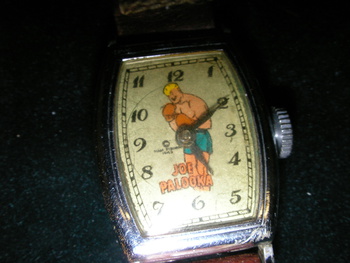 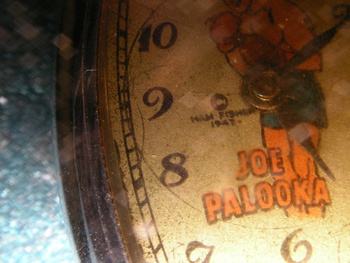 Joe Palooka was an American comic strip about a heavyweight boxing champion, created by cartoonist Ham Fisher in 1921. The strip debuted in 1930 and was carried at its peak by 900 newspapers.

Palooka exemplified the upright sports hero in an age that embraced decent moral character. In 1948, Joe Palooka was ranked one of the five most popular strips.

This is the only Joe Palooka watch ever made. In addition to the name Joe Palooka, it has the Copyright Ham Fisher 1947 written on the dial.