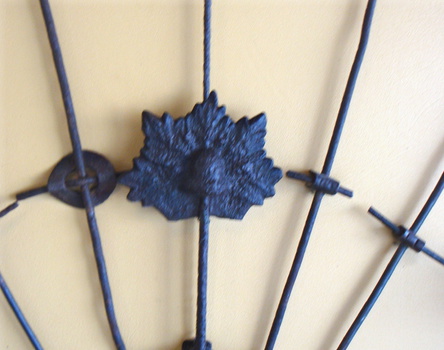 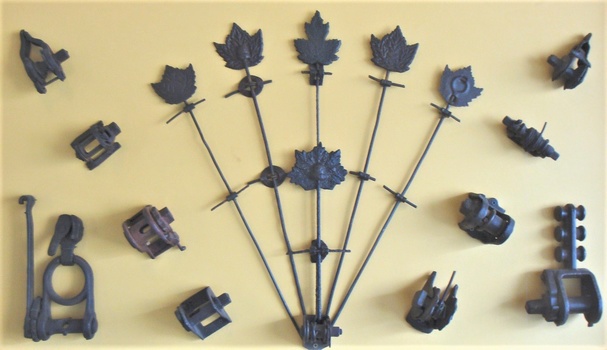 Heretofore unknown leaf with acorn fence stay found in trash pile outside a graveyard in Indiana. The right picture shows the known stays with the new one added in the middle. These cast iron stays were patented by Henry Reed, Glanford, Wentworth, Ontario, Canada August 14, 1896, Canadian patent #1260. They were used extensively in Canada and the upper American states. They were used between the fence posts to keep the wire fence from sagging, decorative warning devices, and for decorative yard fencing.

The additional devices are fence tighteners. Some were used on posts and some were in-line. They were used extensively prior to the Bessemer process for making steel. All were patented. It is very unusual to find a tightener with the original wrench (lower left).