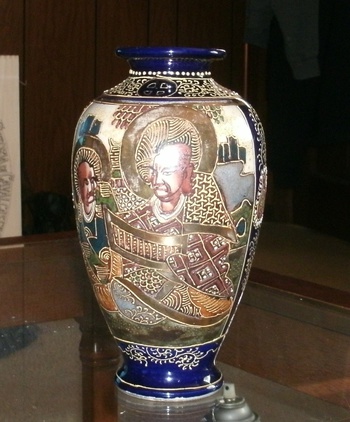 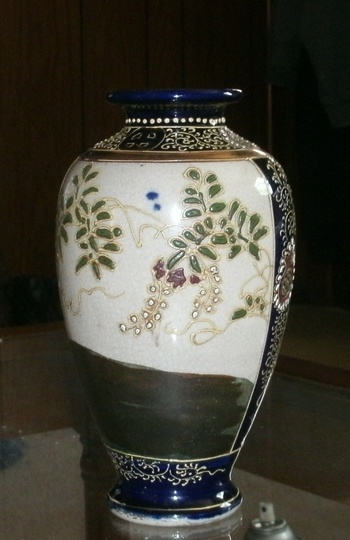 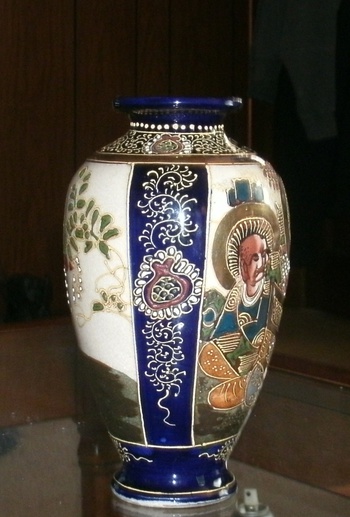 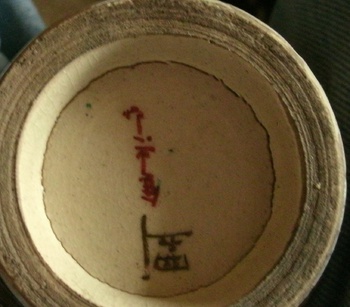 This is one of my prettier Japanese Vase I bought this in Ireland while visiting my daughter. It measures 7 1/2" tall.

What Is Satsuma Pottery?
Satsuma pottery was made in, or around Kagoshima in Kyushu, Japan in the later part of the 19th century, through to the early 1920's in Satsuma in southern Japan. A typical piece if Satsuma pottery will be of a yellowish complexion and usually decorated with intricate and minute Japanese figures, landscapes and even dragons. The designs also feature a form of decoration called moriage which is a term used to describe the use of raised enamel of Japanese pottery.

MORIAGE
Moriage is a style of decoration used by porcelain manufacturers during the late 1800s/early 1900s. It is the art of laying "beads" of porcelain on the item prior to firing in the kiln. Most typically it was decorated later in gold. Use caution when purchasing Moriage decorated items as the beads have a tendency to be broken off.