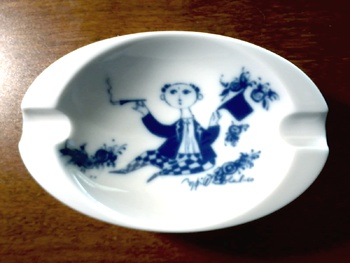 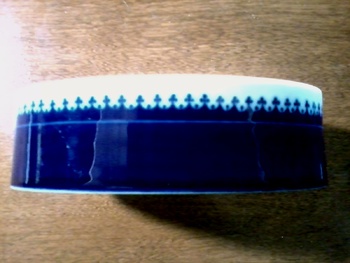 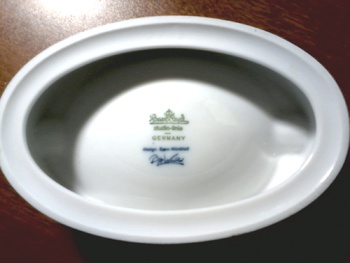 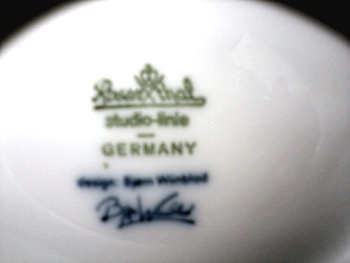 As much of a "yawner" as yesterday was, today was just the opposite. I went to the Goodwill in Cleveland because they open at 11 AM on Sunday instead of 12 for the Summer. I was a bit early when I got there but a line had already formed. I had never seen that before. What are these people waiting for ?? As soon as they opened the doors there was a mad dash for the carts. These people headed straight to the back were the glass and pictures were and filled their carts with everything that wasn't nailed down. I couldn't believe it ! They were the resellers who get there first thing and take all the good and not so good stuff. Talk about rude. I almost asked the one guy "What the hell do you want with all that junk !" I calmly walked around and found the real deals as you will see. Up first this beautiful Rosenthal ashtray signed by Bjorn Wiinblad. He was their designer from 1957 to 2006 when he passed away at 88. Nice blue and white decoration in an oval shape 5" by 1 1/2" tall. Those idiots left this for a Walmart print in a cheap frame? Go figure. I was happy to pay the 6 bucks ! -Mike-