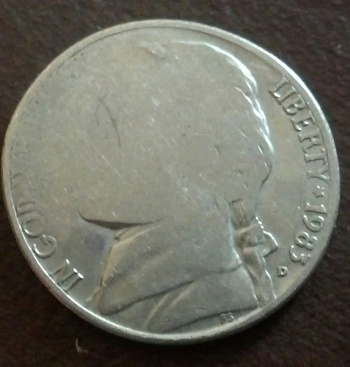 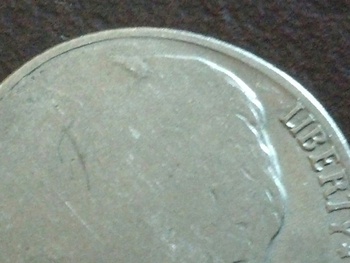 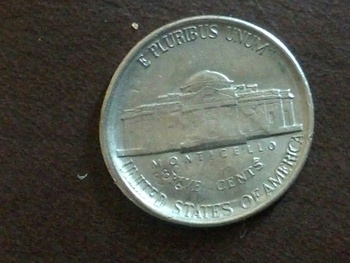 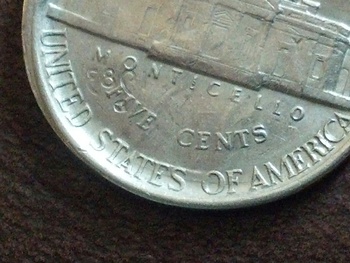 My folks left me a coin collection that included this odd 1983D nickel. It's slightly out of round. The front looks like it wasn't struck firmly. At least there isn't much detail and there looks to be a cud mark in Tom's hair. Then on the backside is Monticello, but it looks like a 1983D penny was pressed into it. You can see the penny date between the MON and FIVE; the D is in the bottom part of the I in FIVE. You can see part of Lincoln and other random letters. What would cause this? Would it be something that could have happened in the mint or was it something that happened later? Does anyone know where I can take it to have it authenticated?