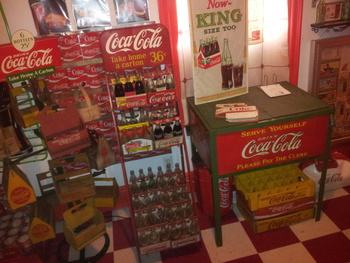 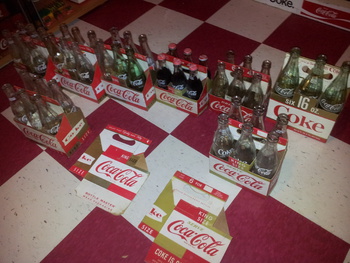 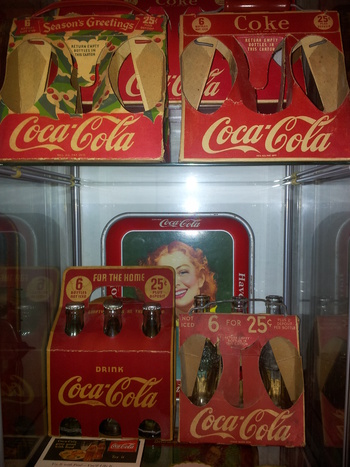 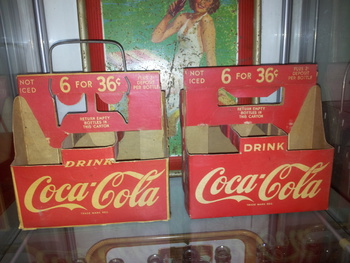 During the past week I was able to find a bunch of Coca-Cola cardboard carriers. Most were bought off ebay, a few I got while I was at my parents cottage. I was waiting for the ones I got off ebay to come in the mail, and the last few just arrived today.

Picture one is my display rack filled with 1950's/1960's carriers. Picture two is the carriers that I found for my rack, some are doubles, most are in good to very good condition. Six of them seen in picture 2 came from ebay, was able to get all 6 for 20$.

Picture 3 shows a canadian carrier I was able to trade for. Its pretty beat up, but the carrier I traded was as well and it was also a double so I wanted to add this carrier to my collection to go with the other two seen in same picture.

Final picture is two very similar carriers, one I have had for awhile, the other was recently bought on ebay. The two carriers look pretty similar, but have different style handles also the slogans on the side are slightly different.