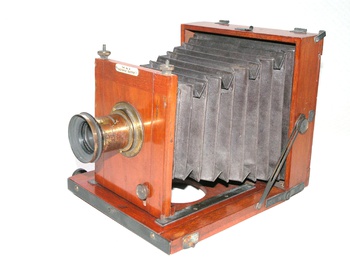 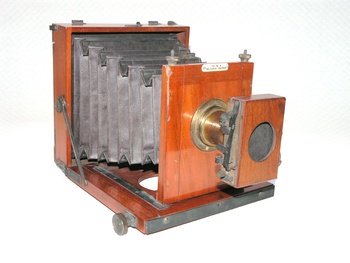 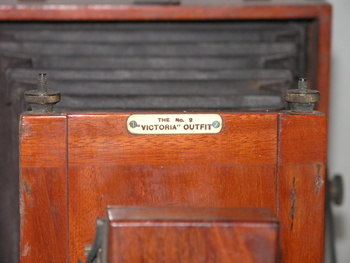 Woolley Sons & Co., James. | "The No.2 Victoria Outfit." | 1889. | Half Plate.
Woolleys do not seem to have labelled their cameras with their own name plate, using instead their brand name, "Victoria", noted as a Woolley product in the literature. Labelled "The No.2 Victoria Outfit", this is a brass and mahogany English style field camera for half-plates. Fairly basic, but with double extension and a Thornton-Pickard front-of-lens shutter, it is the second in a series of continuously updated models of the "Victoria" cameras produced in house by Woolley Sons & Co., Victoria Bridge, Manchester. Production of these cameras started in 1889 and continued up to the first World War, when the series ended in the "Victoria Folding Camera No.6", black leather and nickel plated models, one of which is also posted here.