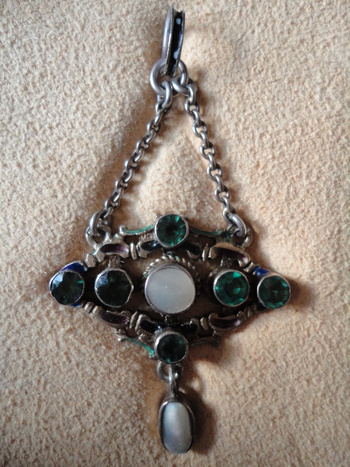 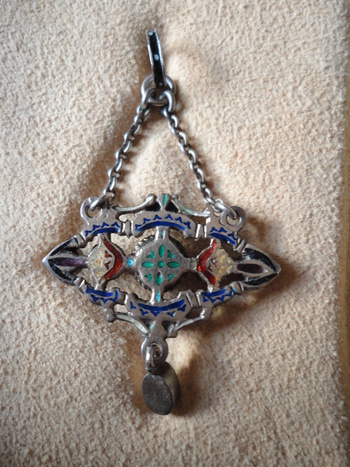 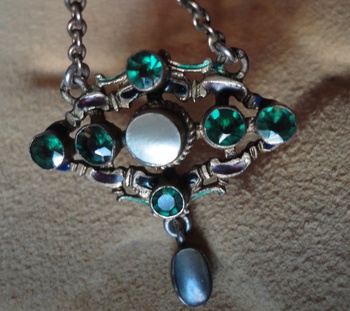 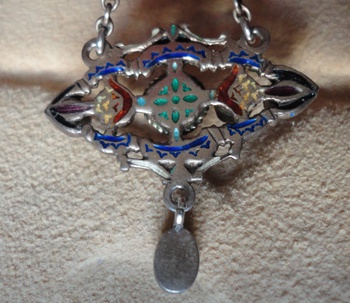 Late 19th century Austro Hungarian pendant by Viennese silversmith and enameller Hermann Bohn. The small pendant is ornamented with Russian green garnets and mother of pearl on a silver basis with multicolour enamel details. The colourful enamelling continues on the back of the pendant, which is just as prettly as the front. The bale is also enamelled in black with white dots. It bears the maker's initials HB and the Austro Hungarian dog's head mark for silver. It might have been part of a complete necklace. It is one of my favourite pieces. 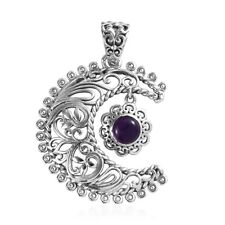 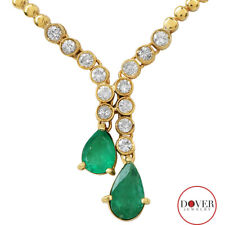