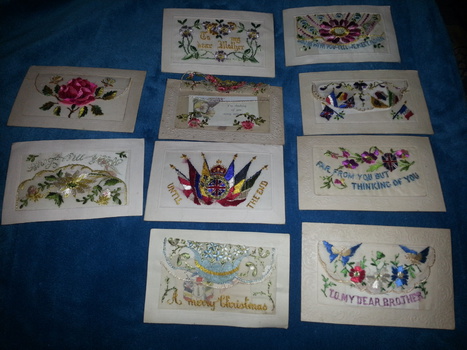 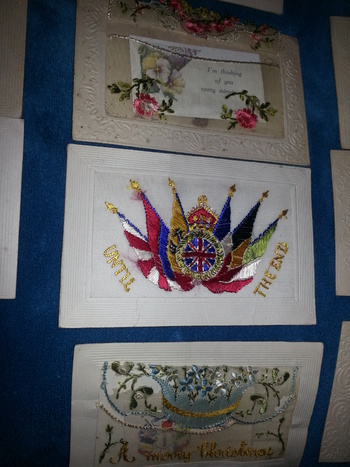 OOOOOO LA LA! What a find. These World war 1 postcards were just part of some memorabilia sent home to "mother'.
After reading them and finding a bible with a death notice referring to a "23 year old coming home injured having total paralysis and a cot case">>>Yes describing the man as a cot case must have meant he was infirmed and confined to bed.Imagine putting that in death notice now...
Also some art work done by the man.I will post these later.
Silk hankies with insignia sold to troops and a beautiful silk piece from Cairo Egypt and on 1 of the p[oscards it reads "I found this for you in the markets in Cairo Mum."
Also a bullet with his discharge which I presume was the bullet came out of this man...Maybe or maybe not, but it looks like it could have.